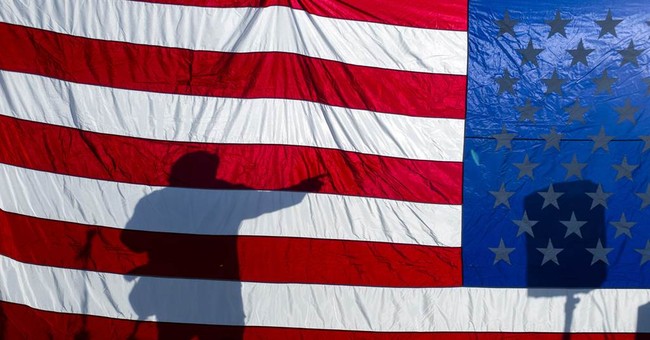 In his new book, "The Liberty Amendments," my friend Mark Levin is offering a bold plan for the re-establishment of America's founding principles and a restoration of constitutional republicanism through a series of amendments to the Constitution.

I know of no one who has a greater reverence for our Constitution and for the scheme of limited government and personal liberties it established. Mark has been a student of America's founding and its constitutional history since he was a young boy, when he and his friends would visit Philadelphia, where it all started, and study the history.

I had many outstanding professors in both undergraduate and law school who were experts in the Constitution and constitutional law, and I know and read many constitutional scholars today. But I've never met anyone so steeped in this subject or so attuned to the minds of the Framers as Mark. He understands our system and the issues underlying its creation more intimately than anyone else.

Mark has written two books, "Liberty and Tyranny" and "Ameritopia," in which he expounds on our founding principles and the threat they are currently under from the forces of liberalism and statism. But in "The Liberty Amendments," he proposes an action plan.

Like Mark, I was originally skeptical of the idea that we should support the calling of a constitutional convention in an effort to rein in the federal government and restore the power of the states and our individual liberties. But that's because I hadn't fully explored what that process would entail.

One method is for Congress to pass a proposed amendment and then forward it to the state legislatures for ratification -- a process that has occurred 27 times. The other -- and the one Mark is proposing -- involves the direct application of two-thirds of the state legislatures for a convention for proposing amendments, which, if proposed, would also have to be ratified by three-fourths of the states. This method has been tried but never successfully in our history.

Perhaps my earlier confusion -- and the confusion of others about this process -- lay in the fact that the language includes the word "convention," but it's critical to understand that this is a convention not for some de novo constitution but for the proposal of specific and defined amendments.

Of course, there is some risk in opening up even this limited type of convention, but this risk is mitigated by several factors that Mark delineates and is warranted, in any event, by the urgency of our current state of affairs.

The most important check, to which I've already alluded, is that none of this can occur without the approval of three-fourths of the states. We also should derive some comfort from the fact that the Framers themselves included this amendment process because they knew that they could not anticipate every difficulty the republic would encounter and that only experience and history could serve that purpose.

Another important check against this process's turning into a playground for statists is, in the words of former law professor Robert G. Natelson, that "a convention for proposing amendments is a federal convention; it is a creature of the states or, more specifically, of the state legislatures. And it is a limited-purpose convention. It is not designed to set up an entirely new constitution or a new form of government."

Finally, the likelihood that this process could be hijacked by those hostile to our founding principles is greatly reduced because Congress' role in the state application process that Mark is proposing would be minimal and ministerial.

But we must first acknowledge that the federal government is out of control, acting far outside its constitutional powers, and has become unmoored from its constitutional foundation -- as few patriots would dispute -- and that this condition is urgent and, if untreated, will result in the end of the American republic.

In addition to making a compelling case for the amendment process, Mark has proposed 10 specific amendments designed to restore and refurbish our founding principles, and all the ideas -- or some similar variation of them -- I dare say, would be enthusiastically embraced by the Framers.

He has done an incredible job of drafting these proposed amendments aimed at re-establishing the balance between the federal and state governments and restating the social contract between the governments and their citizens -- in such a way as to reinvigorate our individual liberties.

Mark modestly insists that these proposals are not set in stone and that he is trying to launch a national conversation to consider the amendment process and specific amendments.

In terms of the viability of our current system as originally crafted, we are in perilous times. Let our national conversation begin, and let us thank Mark Levin for initiating it.