Opposing Extremism Is Not Extremism 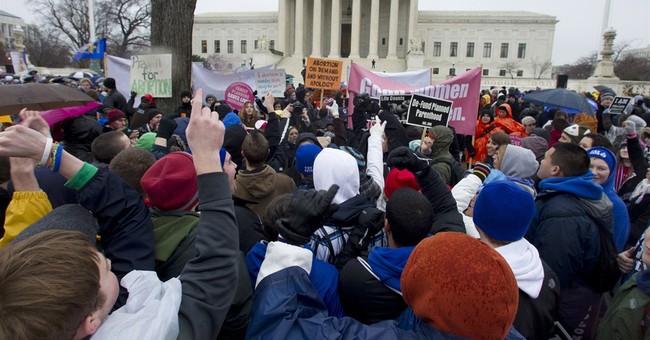 Trending
Bless The New York Times for, yet again, selflessly exposing the political fault lines of the GOP and encouraging it to become more like the Democratic Party so it can start winning presidential elections again. I'm trying not to laugh.

Thomas Doherty, "political enforcer for the former New York governor George Pataki," tells Edsall he has "come to the conclusion that (the) party has elements within it that dislike homosexuals and think America is still in the 1940s." Nice.

Tom Korologos, a GOP lobbyist, says the Republicans' "rigidity is killing them."

Jeb Bush chastises Republicans because many people believe they "are anti-immigrant, anti-woman, anti-science, anti-gay, anti-worker ... (and) because those voters feel unloved, unwanted and unwelcome in (the) party." Et tu?

Former GOP congressional staffer Mike Lofgren says the GOP is "becoming less and less like a traditional political party" and "more like an apocalyptic cult." I suppose Edsall considers Lofgren credible because he made these observations on the extremist liberal website Truthout.

Edsall mentions other insider critics, but you get the idea: Republicans are mean-spirited, bigoted, rigidly authoritarian, ideological, regressive, anti-intellectual, misanthropic extremists who will never win the presidency again unless they become more like Democrats.

The Times' take on this is to be expected. But shame on the "Republicans" Edsall quotes to denigrate the Republican Party from the left and slander conservatives as bigots and rubes.

The irony is that the Republican Party has become less conservative over the years. The party's presidential difficulties can just as convincingly be attributed to its failure to articulate a principled, inspiring conservative message.

Over the past decades, we've witnessed a steady, incremental advancement of liberalism and statism -- a steady centralization of power in the federal government and a consequent erosion of our individual liberties. It is liberals and their Democratic Party that have become increasingly extreme -- especially since Obama's election. If anything, the Republican Party has become too tolerant of these alarming changes.

Have any conservatives advocated "fundamental transformation" of America? No, we merely want to restore the principles and policies that made America great, the abandonment of which are leading to its destruction. We are advocating, essentially, the same principles we were during the Reagan years, not because we're stuck in the past but because these principles are timeless and historically validated as effective to produce the greatest liberty, prosperity and national security.

Look at what the Obama left advocates and/or presides over today: open borders, abortion on demand (even at very late stages), federal deficits averaging $1 trillion, obstruction of entitlement reform, same-sex marriage, divisive identity politics, universally failed socialized medicine, the politicization of the Internal Revenue Service and its targeting of political opponents, a head-in-the-sand political correctness that forces us to deny not only that we are at war with jihadis but that they are in a war with us (e.g., Fort Hood shooter), the glamorization of terrorists on the cover of a liberal culture publication, booing God, hailing Satan, imposing a new normal for frightening levels of unemployment, sabotaging the entire conventional energy industry, endless schemes of growth- and liberty-stifling taxation, class warfare, the demonization of Christians and the suppression of their religious liberties, runaway food stamps and other programs to increase government dependency and reduce productivity and growth, an exploding bureaucratic and regulatory state, increasing usurpations of power by the executive branch to circumvent a duly elected legislative branch, an activist Supreme Court, and the constant erosion of the Constitution and the rule of law.

Conservatives, on the other hand, want the border actually to be enforced; market forces to be restored; protection of the unborn; reasonable restraints, far from extreme, on federal spending; a fair, simple and less corrupt tax code; racial colorblindness; essential structural entitlement reform; serious reductions in the administrative and bureaucratic "branch" of government; to remove burdens to economic growth; unemployment at historically acceptable levels; a restoration of the separation of powers; a judiciary that will honor its duty to interpret and not make laws; the unshackling of coal, oil, natural gas and other reliable energy sources; market reforms for health care; peace-through-strength national security and defense policies; and counterterrorism policies based on reality, not rooted in fantasy idealism, pacifism, appeasement or a negative view of America.

People who still love America as founded are horrified with the ongoing destruction of this country. They are beside themselves that nothing is sacred anymore and that our entire world is being turned upside down by secular, relativist forces in the seductive name of progressivism and enlightenment.

They want their political leaders to stand up and stop this madness, not cower, pander and cater to the forces leading us over the cliff to national ruination.

Call us extreme for trying to stop the true extremists. Proudly guilty as charged.