Liberty, Where Have You Gone? 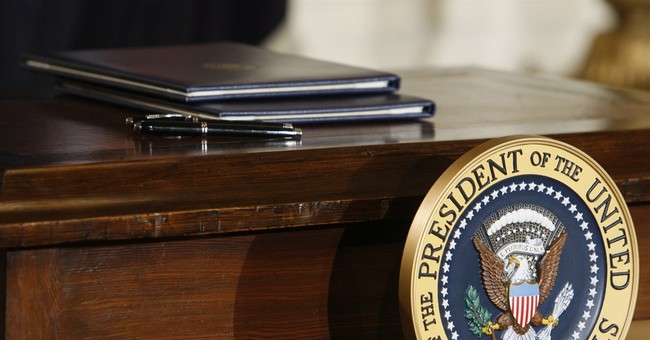 A sagacious Bible scholar told me how important it was for the Israelites to look back and remember what God had done for them in the past because it gave them the strength to persevere through difficult times.

Sometimes we need to look back, too, and remember what we have to be grateful for in this country and what it is that is worth preserving.

In the Old Testament book Lamentations, the Prophet Jeremiah was expressing his overwhelming sorrow at Babylon's destruction of Jerusalem. Jeremiah's grief reached a climax in the very center of the book when he was completely overwhelmed with despair. "My strength has perished, and so has my hope from the Lord."

But before he had finally given up, in the process of agonizing over his past suffering, he remembered something that gave him hope. God had been gracious to his people and had not totally consumed them as a result of their sins. God had always been faithful to his promises and his covenant, and therefore Jeremiah could put his hope in God. Thus, in the end, this book is more about hope than it is about despair, and that hope is based on a firm faith and trust in God. What rekindled that faith was Jeremiah's remembrance of God's character and his trustworthiness.

Please permit me a secular application of this lesson -- which also has spiritual underpinnings, in that our liberty is grounded in biblical principles.

Many Americans are experiencing despair over what we believe is the destruction of this nation from within. We see a rejection of the moral principles and system of government that have made this the greatest nation in the history of the world. We fear that if we don't soon turn things around, we will lose the America we love.

To that end, we must look back and remember the foundations and timeless principles upon which this nation was built and recommit ourselves to them before it is too late.

The primary architects of our constitutional republic understood that history teaches essential lessons. They meticulously studied history and comparative political systems in preparation for crafting a system of government likeliest to maximize liberty.

In my late grandfather's bookshelf, I found a 1965 book titled The Bill of Rights. In the chapter "Textbooks on Tyranny," the author wrote glowingly of the erudition of the Founding Fathers and their "intimate knowledge of the 500-year struggle between tyranny and freedom that had been going on in England."

He quoted a letter from young William Bradford of Philadelphia (who became George Washington's attorney general) to James Madison, in which Bradford asked Madison's advice on a list of books suitable for a "gentleman's library," with emphasis on books concerning "history and morality" or the British Constitution.

Madison provided the list, along with this comment: "I am pleased that you are going to converse with the Edwards and Henry and Charles etc. etc. who have swayed the British Sceptre though I believe you will find some of them dirty and unprofitable companions unless you will glean instruction from their follies and fall more in love with liberty by beholding such detestable pictures of tyranny and cruelty."

This comment, according to the author, "furnishes clear evidence that Madison thought of English history primarily as a contest between liberty and tyranny, and his thoughts were focused on the periods when tyranny ruled. As the scroll of the centuries unrolled, he beheld a warning against dire examples rather than a model to be followed. It was a one-sided appraisal, but his was a one-sided approach -- the side of liberty.

"The side of liberty," indeed.

What all of this underscores is that America has abandoned its roots; we have forgotten history -- our own and also the historical struggle between liberty and tyranny, which furnished the spiritual, intellectual and moral backdrop for the formation of this country. See Mark Levin's Liberty and Tyranny."

We conservatives have been warning for years that the big-government ideas of the statist liberal come with a price: the erosion of our liberties. America has forgotten that ordered liberty is the central organizing principle of this nation and traded it in for guaranteed security, which is destroying us.

The recent epidemic of Obama scandals, I believe, is symptomatic of Obama's ideology, his idea that government is the be-all and end-all -- that all problems can be solved through government and that, in service to that cause, the ends justify any nefarious means.

The idea of liberty doesn't remotely animate Obama. He obviously doesn't understand it, gives it little thought and attaches minimal importance to it. His rhetoric, statist policies and corrupt governance prove it. His focus is on using government to reorder society in his Utopian image; individual liberty necessarily be damned.

As a people, we need to look back and remember what it is that made this nation unique: its commitment to our God-given rights and liberties and the constitutional framework that allowed them to flourish.

Unless we rededicate ourselves to restoring our liberty tradition and educating the uninitiated about the foundational importance of liberty and how our present course is destined to destroy it, we will not save ourselves. I'm hopeful that we will.