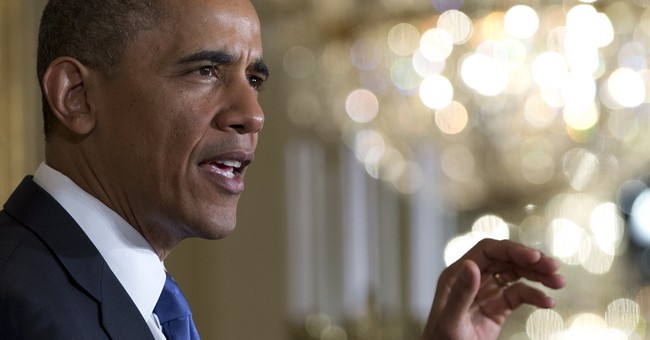 Trending
In case you're hiding under a rock, you should know that an audit conducted by the inspector general for the Internal Revenue Service has found that IRS officials targeted for scrutiny certain groups critical of the administration.

Which groups? Well, those with "tea party" or "patriot" in their names and nonprofit groups that criticized the government and sought to educate Americans about the U.S. Constitution.

It's disgraceful that government bureaucrats, whether on their own initiative or at the direction of superiors, singled out anyone for special scrutiny, but what their selection criteria were makes it even worse. Reportedly, the IRS field office in charge of evaluating applications for tax-exempt status decided to focus on groups making statements that "criticize how the country is being run" and those that are engaged in educating Americans "on the Constitution and Bill of Rights."

Surely, we all understand the awesome and, frankly, horrifying power the IRS has come to have in our system, which originally didn't even contemplate an income tax, much less oversight of it by such a monstrous bureaucratic leviathan. What could be more chilling and destructive to our liberties than a government targeting -- that's its word, not mine -- private citizens and organizations based on their political and ideological views?

If the First Amendment means anything, it is that the full force of the federal government will be used to safeguard, not suppress, the liberties of American citizens to utter political speech, especially speech critical of the government. But instead, this IRS sought for abuse groups that criticized the administration and groups that wanted to teach people that under our Constitution, such government officials have no right to do this type of thing.

And you wonder why people favor a major overhaul of the tax system? What if low-level staffers in an obscure Cincinnati field office were actually solely responsible for this, as the administration is alleging? How could a system become so corrupt -- or how could officials overseeing it become so reckless -- as to make possible such a systematic abuse of power?

But speaking of this effort to pass the buck to "low-level" players: Can we not at least agree that the Obama administration has established a culture conducive to the type of stereotypical thinking that could lead to this? Didn't the Department of Homeland Security under this administration list right-wing groups as extremists and potential terrorists? Hasn't President Obama himself referred to tea partyers as "tea baggers"? Haven't other Democrats deliberately depicted tea party groups as violent extremists who are a hair trigger away from armed revolution?

Liberals have been trying to vilify conservative talk radio for years now, suggesting that its strong political opinions lead to violence. That is preposterous, but if we were to apply the same type of standard to Obama, we could say that he has personally fomented a climate of hate against conservative groups, such that the IRS targeting was completely foreseeable. Surely, it's fair to hold the president to his own standard.

Consider: Obama's "bitter clingers" remark, his statement that conservatives who want a "small America" are dragging America into "a race to the bottom where we try to offer the cheapest labor and the worst pollution standards," his calling Republican congressmen "hostage takers" for opposing his tax policies (does that ring a bell, i.e., those who criticize the government?), his despicable statement that Republican leaders are "willing to compromise (their) kids' safety so some corporate jet owner can get a tax break," Vice President Joe Biden's saying Republicans "have acted like terrorists" and are using threats of shutting the government down as a "weapon of mass destruction," Obama's looking on with approval as Teamsters President Jimmy Hoffa said of the tea party, "Let's take these sons of b----es out," and his spiritual adviser the Rev. Jim Wallis' saying, "And to be blunt, there wouldn't be a tea party if there wasn't a black man in the White House."

In my book "The Great Destroyer," which was published in 2012, I reported that there were "literally dozens of tea party organizations that (had) received intrusive information demands from the IRS" in response to tea party requests for tax-exempt status. These demands, I reported, "have not been in response to allegations of wrongdoing against the parties, but simply in response to their applications for tax exemptions."

I reported that some were alleging that "the Obama IRS (was) 'using the routine process of seeking and granting tax exemptions to undertake a sweeping, top-down review of the internal workings of the tea party movement in the United States.'" I added, "Recall that Obama's own campaign organization, Organizing for America, once labeled tea party opponents of Obamacare 'right-wing domestic terrorists.' ... If Team Obama views tea partyers as a dangerous threat, would it really be surprising to learn that it treats them as such?"

David Limbaugh is a writer, author and attorney. His latest book, "The Great Destroyer," reached No. 2 on the New York Times best-seller list for nonfiction. Follow him on Twitter @davidlimbaugh and his website at www.davidlimbaugh.com. To read features by other Creators Syndicate writers and cartoonists, visit the Creators Syndicate Web page at www.creators.com.