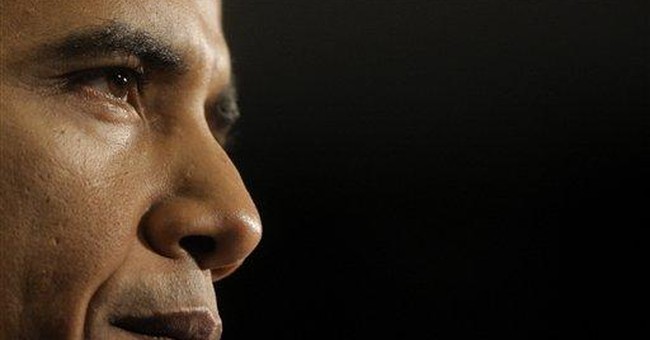 One would have hoped that Barack Obama's presumptive capturing of the Democratic presidential nomination would have dampened the mainstream media's obsession with race, but instead, they've figured out a way to obsess even further about it since Obama's putative victory.

The last one is a New York Times article analyzing results from the latest New York Times/CBS News poll. It proves the Times just can't let race go, whether it's because of the liberal guilt of its reporters and editors or because they want to keep the racial pot stirred for purposes of newspaper sales or because they deem racial polarization advantageous to Obama.

The story's lead paragraph reads: "Americans are sharply divided by race heading into the first election in which an African-American will be a major-party presidential nominee, with blacks and whites holding vastly different views of Senator Barack Obama, the state of race relations and how black Americans are treated by society, according to the poll."

Tell me: Do we really need a poll, much less elitist analysts, to tell us that "Americans are sharply divided by race" when it comes to any presidential election? What is newsworthy here? Is it not true that upward of 90 percent of black voters have been voting Democratic in all presidential elections of recent memory? Quite apart from Obama's race, blacks vote Democratic and the white vote is split.

If liberal journalists had just a little more intellectual honesty and an ounce of intellectual freedom, they could first recognize, then report, that there do not appear to be similar feelings of race alienation among whites as there are among blacks. Yet the Times article, including its title, implies there is complete mutuality.

But how does the 80/30 dichotomy necessarily support the Times' conclusion that it's a result of racial discord? As to the 80 percent of blacks supporting Obama, even some black conservatives are suggesting they are attracted to his candidacy -- mystifying as that is -- because he would be the first black president (apologies to Bill Clinton). As conservative black Michael Steele said on "Hannity & Colmes" recently, this "is not rocket science." Obama could be "elected the first African-American president of the United States."

But the dubious 30 percent favorable rating among whites, even if accurate, can't automatically be attributed to Obama's race. Obama is an extreme liberal who is running in a center-right nation and has insulted a large part of America's population with his Bittergate remarks and attended a church whose pastor condemned America. While the latter involves a racial component, it issues from Obama and his former church, not from whites.

The Times also quoted a black Pennsylvania Democratic poll participant implying that whites oppose Obama's candidacy because they want to stay in power: "Basically it's the same old problem, the desire for power. People get so obsessed with power and don't want to share it. There are people who are not used to blacks being on top."

What is bizarre about this is that Obama is not only the nominee but also the odds-on favorite to win the general election in a nation whose voters are overwhelmingly white. If the media must dwell on race, why can't they celebrate Obama's so-far-successful candidacy?

It's sad that these liberals are compelled to view this race through a racial prism instead of understanding that the lion's share of any opposition to Obama is based on his politics, his record and experience, his flip-flops, his statements, his arrogance and his associations, not his race.

If Obama wins, conservatives won't view him as a black president, but as a liberal one. His race is irrelevant to us, unless he and others start making everything about race and forfeit any strides we've made or aspirations we retain on colorblindness.

Race relations could improve immeasurably if the liberal establishment would quit treating minorities as exploitable objects instead of equal human beings.

If the liberal media's approach to Obama's candidacy is any indication, we'll rarely read a race-free story during Obama's term if he is elected. No matter what liberal dogma preaches, that cannot be good for blacks, other minorities or race relations in this country.