Liberty or Security -- a False Choice 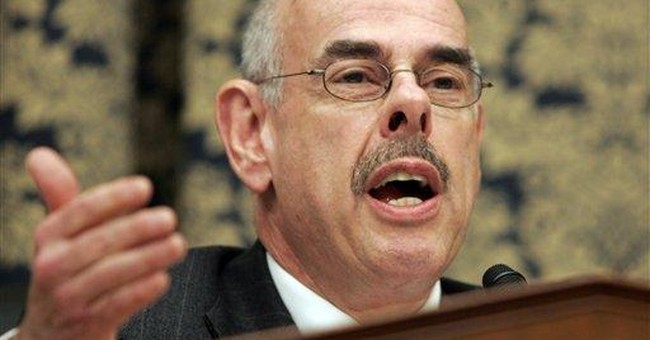 I doubt it's the Democrats' concern for freedom and civil liberties that drives their opposition to extending the Protect America Act. Rather, it's their failure to take the threat posed by global jihadists seriously enough.

Congress passed the Protect America Act in August, over much Democratic opposition, to authorize continued wiretapping under the NSA terrorist surveillance program. But the law is set to expire in January unless Congress votes to extend it.

Congressional Democrats are now balking at the proposed extension and are proposing revisions that the administration believes would impose unnecessary limitations on our terrorist monitoring and severely compromise our national security.

Democrats want the law revised to require the government to obtain warrants before eavesdropping on calls into this country from suspected terrorists overseas. Democrats have repeatedly mischaracterized the monitoring of these communications as "domestic spying," though the administration says that with such calls, it is targeting the overseas terrorists, not Americans. The administration insists Americans are never targeted without warrants and that it has already obtained some 100 warrants this year where Americans were targeted.

New Mexico Rep. Heather Wilson said, "If I'm targeting you, I don't know who you're going to call next." Wilson argues that under the Democratic proposal, the government would need a warrant for every call because there's always a chance that the international caller could contact someone inside the United States. For the first time in our history, we'd have to get warrants to eavesdrop on terrorist calls or Internet transmissions coming from outside the United States into this country.

In this debate, Democrats would have us believe they are solely motivated by their concerns that the administration has run roughshod over Americans' constitutional rights. But despite seven years of Democratic squawking about President Bush's alleged executive power grabs, there is little, if any, credible evidence of civil-liberties abuses, domestic spying on citizens or harassment of political enemies by the administration.

It's true that the administration doesn't want to extend the full range of American constitutional civil rights to enemy combatant detainees and is in favor of tougher interrogation techniques against them to protect American lives and secure our homeland. But the last time I checked, the Constitution wasn't ratified to protect our foreign enemies or to make their job of slaughtering us easier.

If the Democrats were truly motivated to preserve our freedoms, they wouldn't be threatening the revival of the Fairness Doctrine to harness the power of government to undermine conservative talk radio in complete derogation of free political speech -- the most protected category of speech under the Constitution. They wouldn't be salivating over the prospect of instituting nationalized health care under cover of "helping the children." They wouldn't be sending their congressional representatives to Syria in usurpation and contravention of the president's constitutional authority over foreign affairs. They wouldn't regard the IRS as an agency designed to punish achievement and equalize income distribution.

If Democrats were truly concerned about the civil liberties of United States citizens and preventing certain branches of government from abusing its powers, they would rein in the hyper-partisan, megalomaniacal Henry Waxman, chairman of the House Oversight Committee.

Waxman has used his seemingly unbridled investigative powers and taxpayer funds literally to harass the administration with hundreds of investigations and target other political enemies.

The American Spectator reports that Waxman has asked his investigative staff to begin monitoring and compiling reports on the radio talk shows of Rush Limbaugh, Sean Hannity, Mark Levin and other conservative hosts.

Though Waxman denies the report, The American Spectator is standing by its story, "which was conveyed to us by an Oversight Committee staffer." The American Spectator Editor in Chief R. Emmett Tyrell Jr. affirmed the report to Rush Limbaugh's guest host Jason Lewis on the program Thursday. Yet, we hear nothing but silence from the Democrats' civil-libertarian wing.

The Democrats' casual indifference to real civil-rights encroachments against their political enemies makes suspect their professed concern over civil liberties theoretically placed in jeopardy by the administration's range of counterterrorism policies that have truly saved American lives.

Since there hasn't been any real diminution in Americans' civil liberties by the administration, something else must be at work in the Democrats' perpetual obstruction of the administration's efforts to fight this war. It is giving them the benefit of the doubt to assume they don't assess the global jihadist threat to be as severe as the administration and other Republicans do. Alternative assumptions -- placing their partisan interests above the national interest -- are even less charitable.