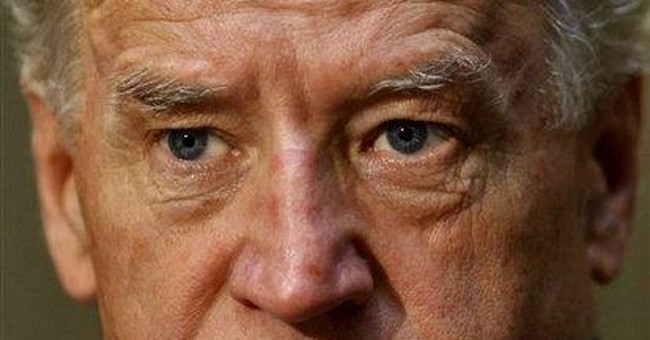 For Philistines like me, the mysteries of Washington can be both perplexing and wondrous. If you've been watching noted alchemist Sen. Max Baucus, D-Mont., conjure up health care gold this week, you probably know what I mean.

Mercifully, House and Senate Democrats recently blocked amendments that would have required health care bills to be posted online for 72 hours before a committee vote, sparing us the needless irritation of grappling with fancy facts about the most consequential piece of legislation in recent memory.

No need to get into the weeds for you and me. No way. Just think of legislation as abstract art. The Congressional Budget Office does.

The CBO's new estimate, which magically meets every one of President Barack Obama's preconditions, is based on "conceptual" language provided by Baucus rather than on any of those maddeningly specific Arabic numerals.

That's because the estimate isn't rooted in an actual bill per se, nor does it incorporate hundreds of amendments that will be part of any final product -- well, not exactly ... What we do have is a CBO that has been browbeaten long enough by the White House to finally summon the conviction to get a figure that so many wanted to hear.

It's also, believe it or not, free.

According to the CBO, the Senate plan -- which actually would cost more than earlier estimates, rising from nearly $800 billion to $829 billion (or $904 billion, according to a number of economists) -- has triggered many excited journalists and politicians to claim that the bill miraculously would "pay for itself."

The CBO says that not only would it pay for itself -- and this part is really wonderful -- but also the government's spending an additional $829 billion over the next 10 years would reduce the federal deficit by $81 billion.

How exactly does health care "reform" pay for itself in Wonderland? In this case, it pays for itself by charging taxpayers new "fees," delivering new mandates and penalties, adding pass-through costs, and cutting hundreds of billions of dollars from Medicare.

As you know, if there's anything old folks -- already prone to irascibility from time to time -- absolutely adore it's the prospect of cutting their Medicare benefits. Yet even those savings seem to defy reality.

One of the many assumptions in the Baucus plan is that there would be continual cuts in physician reimbursements, cuts that Congress never has allowed and precious few onlookers believe would be politically palatable. So without a major attitude adjustment in Washington, this savings is just fantasy, as well.

Not to worry, though, there are sure things. One of the most popular and cost-effective programs, Medicare Advantage, would take a hit of $117 billion through 2019.

That might seem somewhat mysterious to you. Then again, Medicare Advantage involves private insurance firms (a curse on their house!), which should be squashed like a cockroach.

CBO Director Douglas Elmendorf previously warned that Medicare Advantage payment cuts would have the potential to hurt seniors' private health plans, which, of course, is the point of "reform."

The most exhilarating aspect of this plan, however, isn't that it would do nothing to contain costs for average consumers; it's that average consumers would help pay for it long before they failed to receive any tangible benefits.

According to Democrats, health care reform must be passed this very moment even though it wouldn't kick in until 2013. Don't worry; it would start taxing Americans in 2010, three years before you got nothing.

All of this probably adds up to the most expensive dependency program yet devised.

Coming at a time when the nation has hit 9.8 percent unemployment, with no help from Washington in sight, the latest Pew Research Center survey on the health care issue claims that "more people now generally oppose the health care reform proposals in Congress (47 percent) than favor them (34 percent)."

What they do believe in is reality.