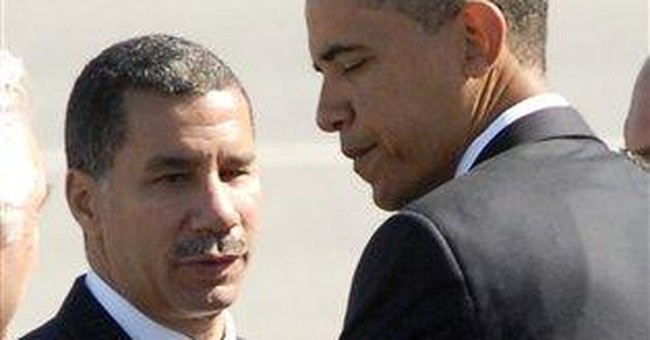 Children can be irritating -- especially your children. That is why the notion of a school year extending 12 months is not completely revolting. But alas, the government is not a baby-sitting service. Not yet. Let's hope not ever.

In the midst of grappling with a scattering of thorny issues, President Barack Obama took time to lend a fatherly hand this week. Your little Jake, it seems, doesn't spend enough time under the gaze of the state. As it turns out, Jake is at a tragic disadvantage when competing against Yuri from Kazakhstan.

If you believe this tale, the administration has an answer for you: Kill summer vacation, and add a few hours to the school day. "Young people in other countries are going to school 25, 30 percent longer than our students here," Secretary of Education Arne Duncan claimed. "I want to just level the playing field."

He, generously, wants to level the playing field for ,your children. Hey, admittedly, I'm not a product of the dazzling Hungarian school system, yet I can't help but wonder: With the pitiful performance of so many of our school systems -- Duncan left Chicago's schools with a more than 40 percent dropout rate -- doesn't it seem counterintuitive to extend this interaction?

Where, after all, is the evidence that longer days translate into smarter kids?

We will hear all about Sweden, Belgium and Denmark's longer days and high test scores, but as The Associated Press points out, kids in the U.S. spend more "hours in school (1,146 instructional hours per year) than do kids in the Asian countries that persistently outscore the U.S. on math and science tests -- Singapore (903), Taiwan (1,050), Japan (1,005) and Hong Kong (1,013)."

In the U.S., we also piddle away more funding per student on education than nearly any other nation in the world. Employing Duncan's decidedly non-Singaporean calculus, this would necessitate a cut in education spending to achieve higher results and "even the playing field."

According to numerous studies, the most consistent indicator and predictor of a child's educational achievement is parental involvement. So while more time in the classroom may be beneficial to kids who lack parental participation, why would the administration peddle an across-the-board policy change that separates all kids from their parents?

If Duncan's theory is true, why do many school districts across this nation attain high standards of excellence with the same funding and a full summer vacation? Why do Asian-American students consistently outscore their counterparts in this country, within the same school systems and with the same class times?

Moreover, shouldn't local parents and educators be the ones making decisions about curricula and scheduling rather than having to adhere to the mandated vagaries of the newest "reform" efforts from Washington? (Some charter and public schools already shorten summer vacations.)

There is, of course, no denying that many school systems in the nation are failing. Students often are trapped in them. They need help ... to get out.

And though it horrifies some among us that Slovenian eighth-graders, on average, are more proficient at algebra than our kids, the Slovenian economy does not reflect this aptitude. Our achievement never has been about math scores. It's about a system that allows productive citizens to thrive. Unlike in nations chock-full of whiz kids, in this country, adults work. Children play.

When we don't work, we import. Surely my kids -- if I can afford to send them to college -- will be taught by a product of the Indian educational system. I'm cool with that.

But just as certain, the president's advice would hold more weight if he started sending his own children to public schools before mandating that your child be stuck in one during his or her God-given summer vacation.