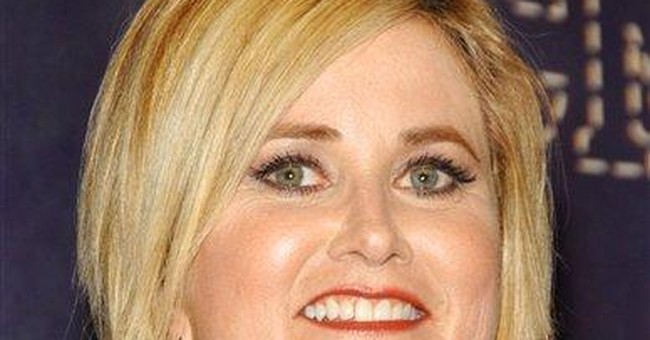 After years of hand-wringing about the deterioration of the once-mighty American intellect, the National Endowment for the Arts now, dramatically, claims that after 25 years of precipitous declines in reading, we finally have turned a corner.

Apparently, "literary" reading among Americans is up 7 percent over the past six years. Which, a well-read person might deduce, only is making us dumber, considering the growth is directly attributable to inane books about teenage vampires in love.

"There has been a measurable cultural change in society's commitment to literary reading," said Dana Gioia, chairman of the National Endowment for the Arts. "In a cultural moment when we are hearing nothing but bad news, we have reassuring evidence that the dumbing down of our culture is not inevitable."

The NEA released a scary 2004 study titled "Reading at Risk." We heard that a drop in reading was a "cultural catastrophe" waiting to happen. And despite the fact that fewer Americans are reading fewer books even now, the NEA mysteriously is celebrating some sort of triumph in literacy with a rollout of its new report, "Reading on the Rise: A New Chapter in American Literacy."

Like many of you, I've watched "Living Lohan," so I, too, profoundly fear for the future of the galaxy. But the truth is we probably never have been as clueless as eggheads at the NEA maintained, nor are we any less dimwitted for picking up another Nora Roberts "book."

Reading, in and of itself, holds no extraordinary significance -- or no more than watching a smart television show (and fortunately, there are many of them around these days) or surfing the Internet. In fact, one could argue that by picking up a heartbreaking work of staggering garbage, such as "The Da Vinci Code," you can effectively knock 20 points off your IQ.

We understand that all books are not created equal. There are, in fact, books that peddle complete nonsensical and, sometimes, dangerous ideas. Take, if you will, one of the best-selling books of all time, "The Little Red Book" by Mao Zedong, or anything ever written by Michael Moore or Michael Savage.

That's not to say that there aren't countless top-notch historical tomes, literary masterpieces and engaging biographies on the market right now; it's to say that "we" don't bother to read them very often.

"Here's the Story: Surviving Marcia Brady and Finding My True Voice," by Maureen McCormick -- to not so indiscriminately pick a book -- debuted at the No. 4 position on The New York Times' best-seller list last year, and I still see stacks of it at my local library.

Having been raised on the common-sense wisdom and idealistic energy of "The Brady Bunch," Marcia's uplifting story of surviving in a callous post-Brady era was quite the read. But inarguably, I could have gleaned more educational information by scanning the back of my cereal box.

There are countless similar melodramatic celebrity tell-alls that pepper best-seller lists all year.

Then again, "Here's the Story" is as valuable, if not more, than half the "literary" best-sellers of last year. So why is the NEA touting "literary" reading increases -- and by literary, they mean any thriller, romance or mystery -- rather than warning us about the overall reading stagnation? Normally, government agencies will frighten us with tales of calamitous consequences should they not be funded properly. What's up?

And these days, a trip to the Internet will often inform and educate us more than a trip to the library. So there must be better methods to gauge literacy. Does the NEA really think that measuring book reading by quantity rather than quality is a productive exercise?

After all, I can offer rock-solid anecdotal evidence to the contrary. My home is teeming with hundreds of books -- and I even have read some of them. Yet most of you think I'm completely clueless.