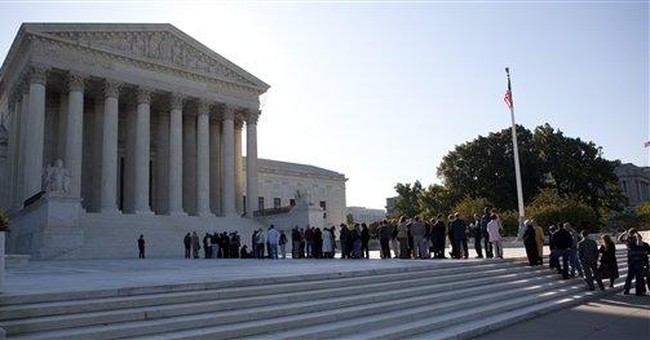 Yesterday, June 28, the Supreme Court ruled in Christian Legal Society v. Martinez that a university could require a Christian student group to open its voting membership and leadership to those who disagreed with the group’s statement of faith or refused to abide by its code of conduct.  The Court upheld Hastings College of Law’s “all-comers” policy for student groups, a policy that requires each student group on campus to be open to every student.  Under such an all-comers policy, Jewish groups would be open to Muslim leadership, African-American groups would be open to white supremacists, and a Prius club would have to be open to Nissan Titan owners like, well, me.

It was hardly surprising to see the Court’s most reliably liberal members (Justices Ginsburg, Sotomayor, Stevens, and Breyer) rule against the Christian group.  They often have an expansive view of government power – including when government actions implicate fundamental First Amendment freedoms.  And in this case, these justices characterized the Christian Legal Society’s efforts to meet in empty classrooms and to share their faith on campus as nothing more than an effort to enjoy various government benefits.

But four justices are not enough.  To fashion a five-vote majority, the Court’s liberal wing had to win over Justice Kennedy.

Unfortunately, they succeeded.  Because of the critical importance of Justice Kennedy’s vote, his brief concurring opinion is arguably the most important opinion in the case, and that opinion contains a poison pill for religious liberty.  Reading the entire concurrence, one gets the impression that Justice Kennedy simply did not like the Christian Legal Society at Hastings, viewing its effort to maintain doctrinal fidelity through a statement of faith with extreme suspicion, if not disgust.  Kennedy dismisses CLS’s convictions in a single sentence: “The era of loyalty oaths is behind us.”

This sentence is Exhibit A for the notion that Supreme Court justices substitute their own highly individualized and sometimes prejudiced judgments for the judgment of individual citizens.  The era of loyalty oaths is behind us?  Really?

Didn’t each justice take an oath when they joined the Court?

What about this oath, the one I took when I joined the United States Army Reserve, and repeated when I was promoted to captain mere days before my deployment to Iraq?

Or what about the Apostles Creed, the historic declaration of my Christian faith, which I have recited hundreds of times at church and other religious gatherings?

Or what about my marriage vows, a profound form of “loyalty oath” to my wife – a promise of lifelong fidelity?

No one was forced to agree with CLS – indeed, small student groups don’t have the power to compel any citizen to do anything against their will.  Those who disagreed with CLS were free to form their own group, to condemn CLS loudly (which they did), or to advocate for the abolition of faith declarations entirely.  Indeed, no one could reasonably argue that Hastings Law School suffered from lack of opposition to (or debate about) CLS’s “loyalty oath.”

In fact, CLS’s convictions are increasingly driven from the public square.  Its very existence is in jeopardy, and its statement of faith an empty document – drained of any meaning or force within the organization.  Why?  Because a single justice declares – without any foundation in law or fact – “The era of loyalty oaths is behind us.”

Tens of millions of people of faith in this country will attend churches and synagogues this weekend and state their allegiance to a Creator God.  Are their liberties now in danger as well?  Because, after all, if the “era of loyalty oaths” is over on campus, is it not over everywhere?  Can the government not condition the receipt of its “benefit” of tax exemptions for churches on the abandonment of creeds, of statements of faith?

So when or if you go to church this weekend, and if you stand up and recite the Apostle’s or Nicene creed, remember that your era is over and new ideas must take their place.

Why?  Because the Supreme Court says so.