The New Gospel of Less 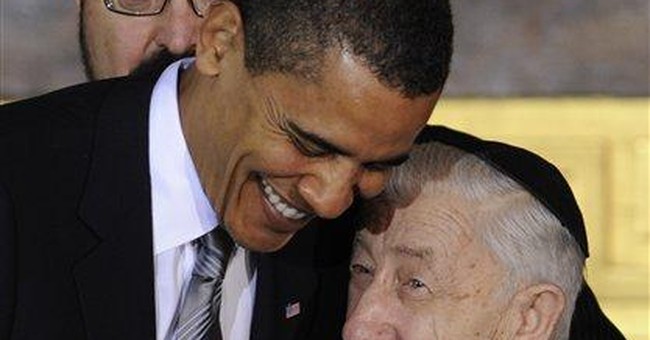 I started noticing new talking points oozing out this past week. Rather than cite specifics, I’d like to encourage you to be on alert for them. They all have to do with the new gospel of less.

America at its best has always been about ambition – the desire for more. Now this new gospel of less holds that this very ambition has been the root cause of every problem we have – from pirates attacking our ships to terrorists hating us to the Wall Street melt-down. The preachers of this gospel have picked up where Reverend Wright left off, suggesting that our very success is the magnet justifiably attracting so much hatred, and it’d serve us better to dial it back.

We are now told – and I’m quoting nearly verbatim from this past Sunday’s discussion on “Meet The Press” – that we will need to re-set, to re-calibrate, to learn to want less, to live more modestly, to spend less and save more. To grow our own food and quilt our own clothes. To be Amish.

The President has, of course, demonized anyone who dares to earn over $250,000.00 a year, and made it abundantly clear he intends punishing such over-reaching at every opportunity. And there are plenty of people who welcome such ideas – at least until the negative effects circle all the way around to ruin their lives. After all, the overwhelming majority of Americans never set foot in a library after leaving school, do not read even one book a year, do nothing to improve their skills, do nothing to learn about managing money, nothing to earn any exceptional rewards. They don’t “thank God for opportunity,” but they do “thank God it’s Friday.”

This and no other reason explains why there is a top 1 percent, a near-top 4 percent, and a 95 percent nowhere near the top. Income disparity has more to do with ambition and initiative disparity than all other factors combined. So it shouldn’t surprise us that a president who throws around other peoples’ money with unprecedented abandon is painting over-achievers as evil-doers, over-achievement as cause of all ills, and under-achievement as the life choice most worthy of pats on the back and hand-outs from the, well. Scare us, I suppose, but surprise us? No.

The trouble with Obama’s message is that it’s the over-achievers who create all the jobs, and the rich who make hospitals, medical research, universities, theater, and even political campaigns possible. It’s their taxes that pave most of the roads, pay for most of our military, in fact, pay for most of everything. Create enough discouragement and disincentive for over-achievement and the standard of living of the under-achieving mass majority will plunge. Then the government must provide everything for everybody, and that will be a reality no one will like. It’s why refugees risk all to get here from Cuba, but nobody is swimming from here to get there. Go look. You can almost see Cuba from the southernmost tip at Key West, Florida. If socialism is so superior to capitalism, why aren’t there armadas of rafts full of Sean Penn and Susan Sarandon and other Hollywood blabbermouths, liberal activists, Acorn folks, etc. paddling as fast as they can away from here to the utopia waiting there?

This week, my local PBS station was airing a documentary on the Carter presidency, and it showed an image already seared in my memory; a whipped, beaten, sad-sack Jimmy Carter in a sweater, seated near a fireplace for warmth, addressing the nation on TV, telling everybody to turn their thermostats down to 55-degrees at night in the winter, in order to help with the energy crisis and reduce their heating bills. It made me think of candidate Obama telling everybody to keep their tires inflated to the proper level.

Now Obama’s minions are out preaching this gospel of less, small thinking, shrunken ambition. It was pathetic when Jimmy Carter did it, and it is pathetic now. It’s an insult to the nation. President Obama ought to view that film of Jimmy Carter swathed in sweater, lecturing the country in dull, defeated tone, suggesting a national policy of huddling in our homes under blankets, Is that the future he wants for himself and this country? Is that is the legacy he wants for his presidency? At this rate, that is surely where he’s headed.