When 'Hope' Changes to Fear 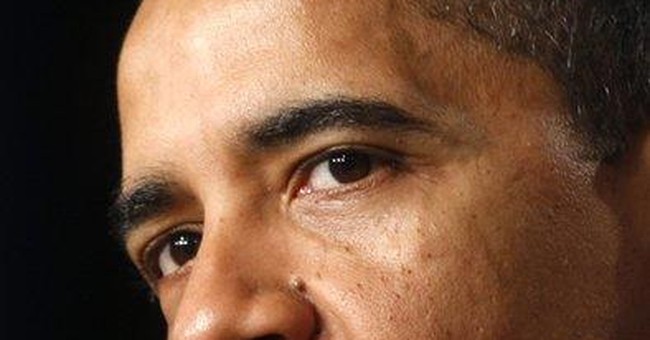 If you’re looking for signs that the administration’s economic efforts are starting to pay off, there’s at least one segment of the economy that President Obama himself has personally stimulated. It even made it to feature story status on “60 Minutes.”

Our new President has boosted sales of guns and ammo by 300 percent. That long, long line of waiting people snaking all the way around the building and out into the street isn’t for some Depression soup kitchen; it’s at a gun show.

Of course, “60 Minutes” used it to suggest we need more laws, more fingerprinting and background checks and waiting periods even for transfer of one gun from one individual to another, and fto spout the usual banalities about the need to outlaw assault weapons. Even liberal Senator Diane Feinstein was chastised for her lack of political courage, making her whine about the National Rifle Association “having a stranglehold on Congress.” (I thought the Dems had a majority in both Houses.)

CBS missed the more interesting storyline, though. The nationwide stockpiling of guns and ammo as symbol of what Obama has wrought in such a short time, his chief and arguably only accomplishment.

Panic. Fear. Terror. No president has ever created so much of them.

The markets are bone dry of private capital thanks to the fear he has created, the worry over what’s next – what new law or interference or takeover of an industry he and his minions will propose or enact. In Florida, real estate is being offered at dime-on-the-dollar bargain prices, and it languishes with investors sitting on the sidelines, their money in shoe-boxes. Were it not for Obama threatening to tax investors blue, limit their ability to foreclose on non-paying buyers and massively interfere with real estate markets, these bargains would be irresistible and a buying spree underway.

The dread cuts across the economy. High quality, brand name, rock solid American corporations’ stock is now offered at 30 percent, 40 percent, even 50 percent discount with few takers. Small and mid-sized businesses: printing companies, auto repair shops, even veterinary practices are merging, each dumping half their employees as they keep only their best. They’re motivated by horrors they anticipate, not reality arrived.

In other recessions, business start-ups and franchising have boomed, as many people squeezed out of jobs have opted to become their own bosses. But on CNBC a few days before Easter, the CEO of the Honey-Baked Ham Company, a franchisor, echoed what I’ve heard from most franchisors: the flow of prospective franchise buyers is down, a trickle of what it should be, because people are so afraid that they aren’t doing anything. They are convinced there’ll be no credit available to start and grow their business, afraid the industry they’re interested in will have its workers speed-unionized or assaulted with new taxes targeting it or its customers.

A group of investors I know, on the verge of starting a new community bank, backed out at the last minute. Why? Fear. They fear changes in rules after getting in the game, fear competing with nationalized major banks given unlimited funding by Obama, fear forced sale to weak or insolvent big banks in need of small, successful banks as food. I’ve heard the same fear voiced by other bankers.

Las Vegas has 10 percent+ unemployment and is awash in meeting and convention cancellations because executives are scared of being publicly pilloried by Obama and the media for having a convention in such a place.

Recently I was told by a high-level source to brace myself for news of insolvency and need for bail-out involving all the major, publicly traded life insurance companies. The tip proved true, as this began leaking into the news. Soon, I’m told, it will dawn on holders of policies with cash value and annuity owners that they are unprotected, and despite stiff surrender charge, there’ll be a mass withdrawal of cash from these wounded giants. Everywhere you turn, fear. Fear of Obama.

Underscoring it all are the long lines of people buying guns and stockpiling ammo. Contrary to typical media reporting, they aren’t all “gun freaks” either. Not, pardon the pun, by a long shot. I have a friend who has gone from none to nine guns placed strategically throughout her house. She is not an NRA member. She is an educated, intelligent liberal. She told me she and her liberal friends feared unemployment reaching 15 percent, a complete stock market crash, and that public anger over Obama’s failure would produce street violence, looting, armed demands for food. They had to be prepared to defend themselves.

Obama’s supposed hero convinced America there was nothing to fear but fear itself. Obama himself has persuaded us of something quite different. There is something very real to fear. Him.