Politicians, Journalists Have Eyes On The Wrong Ball 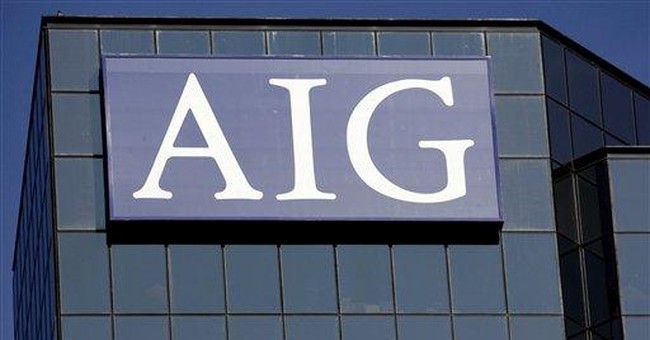 The news media have, for two weeks, endlessly expressed outrage at AIG’s spending - several hundred thousand dollars on a sales conference held at a Phoenix resort – after getting federal bailout billions. The impression conveyed has been that AIG executives took money from us taxpayers and immediately turned around and blew it on wine, women and song, hanging out at a hoity-toity resort, wallowing in caviar on our dime. As usual, the reporting is grossly inaccurate.

And the posturing politicians demanding tighter government watchdogging and control over how the bailout dollars invested in AIG and countless other companies is spent is outrage misdirected.

The facts about these big AIG meetings are that sponsors, predominately financial product providers and other vendors, subsidize large portions of the budgets for these meetings. They directly underwrite or reimburse for expenses as well as rebate after the fact based on sales made to and through AIG. Attendees also pay to attend.

The $300,000 cost of the event splashed all over the TV screen in reporting on this is likely the budget but not the actual, net cost incurred by AIG. Further, these types of events are part and parcel of fueling sales in advance and rewarding salespeople for results.

Those reporting only the sensationalist aspect of all this – the cost, the fact that they occur at fancy locations – are either ignorant of or, more likely, deliberately omitting the other facts. That’s either to protect the tabloid value of the story, or due to another agenda.

The politicians who propose micro-managing these companies’ use of funds are nothing but blowhards. They know full well such oversight is impossible. Once funds are lent or invested, they merge and commingle with all other funds and no one can trace a dollar spent on a spa treatment for a top producing sales agent’s spouse back to its origin.

Further, the politicians’ fake outrage would be better replaced with real rage directed at themselves for complete and utter failure to oversee and regulate the one thing that really matters: Is a company like AIG maintaining the necessary financial reserves to support the insurance it is selling?

It’s fair to expect politicians like Gov. Sarah Palin ought to know geography, although it turns out those rumors of her ignorance were made up. Politicians also need to learn how business works or employ advisers who know before investing billions of our dollars in them, and journalists ought to pass a business basics course before reporting on these matters.

In short, our present economic trauma has much to do with our electing ignorant, unqualified dunderheads to Congress, and employing equally ignorant journalists to serve as the public watchdogs over them. We need smarter, more knowledgeable people in these positions.

If we had citizen government instead of entrenched royalty, Congress would be populated by business owners, salespeople, shopkeepers, financial professionals and others who, back home, hold real world jobs, run real world businesses, meet real world payrolls, and have some firsthand practical knowledge. Instead we are the victims of career politicians completely distanced and divorced from the world you and I live in, and the businesses they attempt to regulate.