Experts Put the Con in E-con-omics 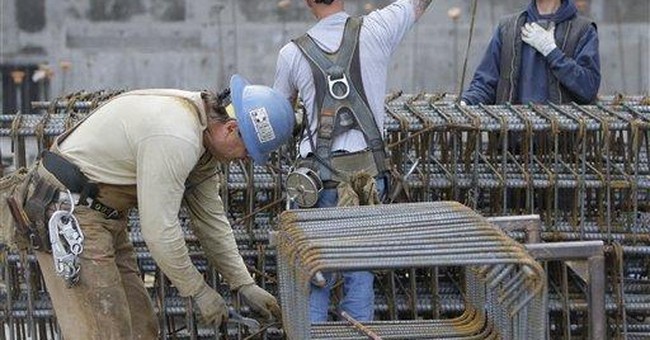 What goes up must come down. Unless it goes down further, sideways or moves some other way that no one really predicted.

That’s the way economics really works and no matter how many talking heads – right, left and center – tell you otherwise, most don’t have a clue what direction things are headed. From gas prices to the stock market to jobs, the people who act like they know everything often know nothing.

Sure, many – Greenspan, Geithner, Krugman, Zandi – are brilliant. Then there are the media types like Williams and Couric and before her Rather. None of them could find prosperity even if it were just around the corner.

Here are the facts. Most of those so-called experts have been wrong about the major economic moves of the past several years. The left treated the robust economy of the George Bush years like it was a Michael Vick puppy mill.

I bet Obama would trade in every czar he owns for a number even approaching the unemployment rates found under Bush.

Two million new jobs were created in 2005, and the average unemployment rate was 5.1 percent. That didn’t stop the press from trying to make it look bad. More than half the stories about jobs on the evening news shows were about losses and layoffs. CBS even opened the new year pessimistically. “With big business struggling, unsteady interest rates and signs of a recession, the best some forecasters are hoping for in 2006 is an average year,” said reporter Sharyn Alfonsi on Jan. 1, 2006.

Bush got abused almost daily when unemployment was almost half what it is now. Joblessness never went about 6.3 percent in all eight years – even including one recession.

Contrast that with 2009. We’ve already lost 3.4 million jobs and the year is barely half over. But Dow Jones tells us that journalists keep reporting the economy better than consumers think it is. The Dow Jones Economic Sentiment Indicator, which analyzes media coverage of the economy, “continued its longest improvement trend in more than four years.”

So consumer confidence continues to drop because we’re dropping jobs faster than Obama makes promises. And the media are reporting things are better than they seem to the public. Dow Jones shows what any news consumer knows already – media economic coverage has been getting more and more positive throughout the Obama presidency. The index has gone up each of the last five months.

That, despite the endless reminders from liberals that things will continue to get worse economically. In his weekly video address Aug. 2, Obama said the new numbers out this week are “likely to show that we are continuing to lose far too many jobs in this country.” Only last month, Vice President Biden underscored that “we misread how bad the economy was.”

So much so, in fact, that his economic team said the stimulus vote would keep unemployment no higher than 8 percent. It’s 9.5 and climbing. Warren Buffet, the famed Oracle of Omaha, predicts it will go higher. Of course, his predictions aren’t doing so great lately. His firm lost billions of dollars and he had to lay off 500 people.

Of course, some blame sits squarely on the stock pickers. Business Week’s annual prediction issue in 2008 was off by miles. The magazine interviewed 54 economists and only two predicted a recession. The magazine turned to top investment professionals for a market view and well-known investor Elaine Garzarelli predicted the Dow would close 2008 at 16,000 – almost double the actual total of 8,776.

So you’ll pardon everyone’s cynicism when another crystal ball-type, former Fed Chairman Alan Greenspan, comes out and says “'I'm short-term optimistic, but with many caveats.” He went on to say we should have economic growth … unless we don’t. It was classic political double-speak. And this from a man widely criticized by both left and right for making the housing crunch worse by keeping interest rates artificially low.

And you’ll allow me to be suspicious when top Obama officials dodge the question about raising middle class taxes. Treasury Secretary Tim Geithner told ABC’s George Stephanopoulos that “we’re going to have to do what’s necessary.”

Obama says he’s sticking to his tax pledge, but who believes him? Tax revenue is dropping 18 percent this year and the deficit is up to $1.8 trillion (and we’re still missing a couple major Obama spending sprees).

Sure, there is legitimate good news. The stock markets are up and housing may show signs of life. But with the track record the experts have, they might not know which way up really is. And even if they do, the left turn Obama is taking is bound have a negative impact.