Dan Gainor, the T. Boone Pickens Fellow and the Vice President of the Business & Media Institute, is a veteran editor with more than two decades’ experience in print and online media. Gainor regularly appears on the Fox Business Network as part of the “Blasting Biz” segment of “Fox Business Live.” He has served as an editor at several newspapers including The Washington Times and The Baltimore News-American. Mr. Gainor also has extensive experience in online publishing – holding the position of managing editor for CQ.com, the Web site of Congressional Quarterly, and executive editor for ChangeWave, published by Phillips International. He has worked in financial publishing in his last two positions, launching new services for ChangeWave and Agora Inc. Mr. Gainor holds an MBA from the University of Maryland Robert H. Smith School of Business and a master’s in publications design from the University of Baltimore. As an undergraduate, he majored in political science and history at the University of Maryland Baltimore County. Mr. Gainor lives in Maryland and volunteers as a media and issues speaker with the Close-Up Foundation.

Mar 01, 2017
Liberal Journalism Is Flush With Cash And Conservatives Should Be Worried 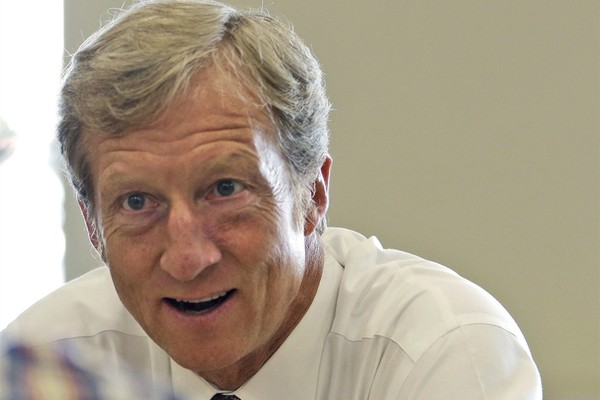 Feb 19, 2011
Stimulus a Failure By Only Measure That Matters: Jobs

Oct 16, 2010
Character Assassination Nation, Brought to You by Obama and Co.

Sep 24, 2010
Left Calls in the Cavalry But Forgets They're the Bad Guys

Jul 03, 2010
New Technology Puts Journalists on Defense, Just Like Rest of Us

Jun 26, 2010
Reuters Reveals Sleaze Is Essential to Its Bottom Line

May 20, 2010
Washington is at Center of Bubble Economy

Apr 23, 2010
An Incurious Media or a Four-Leaf-Clover President

Dec 18, 2009
Class Warfare: Government vs. Everybody Else

Dec 29, 2008
Madoff Gives Us Lots to Think About This Christmas