Yahoo! Inc. will purchase Tumblr in a $1.1 billion all-cash deal.  “Tumblr … will continue to host its more than 108 million blogs, while CEO and founder David Karp …will remain in charge of the website, ‘per the agreement and our promise not to screw it up,’ … Yahoo said today..,” reports Bloomberg.  Improvements to the Flickr photo-sharing site are also being unveiled today, as Yahoo! aggressively competes with Facebook and Google for users and advertisers.

The stock is up 60% since it broke out in October.  As we reported last week, we like Yahoo!, and will probably recommend shares after a price correction.  Current shareholders should protect profits! 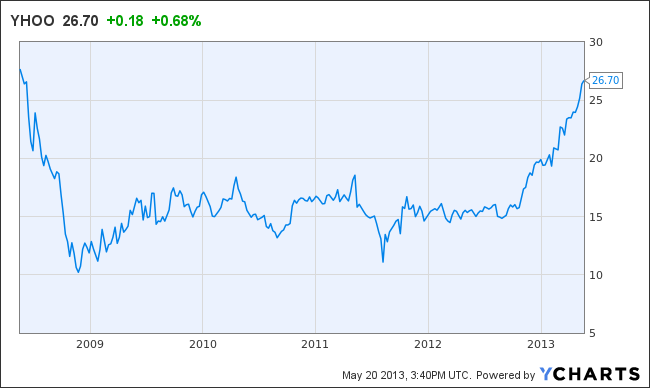 Campbells Soup stock broke past long-term resistance at $40 in late February, rose another 20%, leveled out, and appears to be rising again.  Current shareholders have been lucky recently, and should use stop loss orders to protect rapid gains.

Our Ransom Note trendline says.... STAY ON THE SIDELINES 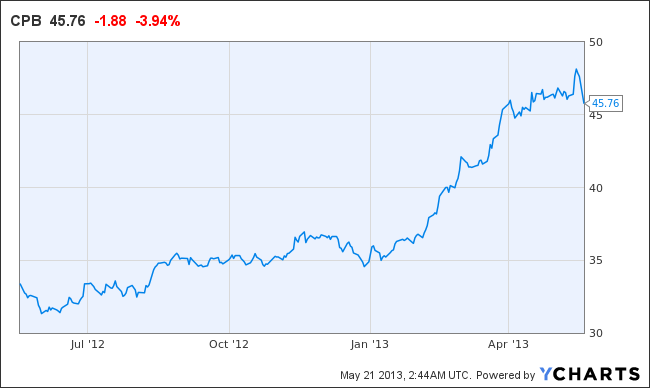 GE Capital will pay $6.5 billion in dividends to parent company General Electric in 2013, which GE will use to fund share repurchases, and dividends to shareholders.  On April 8, we reported, “GE is changing its business mix, paring back entertainment and banking businesses, and focusing on equipment and service to industrial sectors, especially the oil and gas markets.” In that light, GE is actively shrinking the size of GE Capital now that access to capital markets is more restricted.

General Electric’s stock price experienced a shake-out in late April, which is a bullish sign of upcoming near-term price movement.  We recommended that investors buy GE in early April. 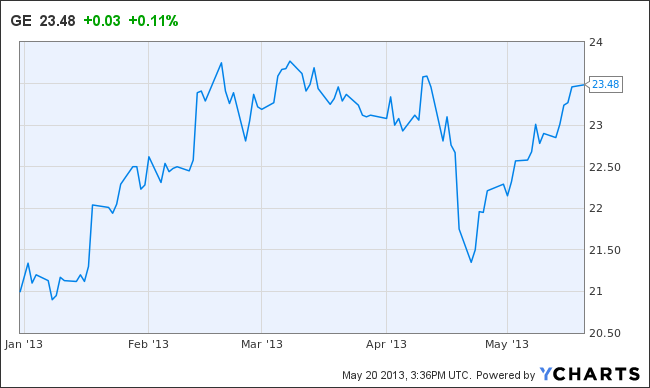