Google Inc. reported a variety of product improvements and tools for developers at its Google I/O 2013 Conference yesterday, solving problems with the Google Wallet checkout process, and introducing a new vector-mapping service in Google Maps.  “The biggest new product launch was arguably Google Play Music All Access, a competitor to subscription services like Spotify,” reports Time Tech.  The music service is being launched today in the U.S.

The stock broke past long-term resistance in September, and continues to reach new highs.  We wouldn’t chase the stock after its big run-up this month.

Our Ransom Note trendline says:  BUY ON A PULLBACK TO $850. 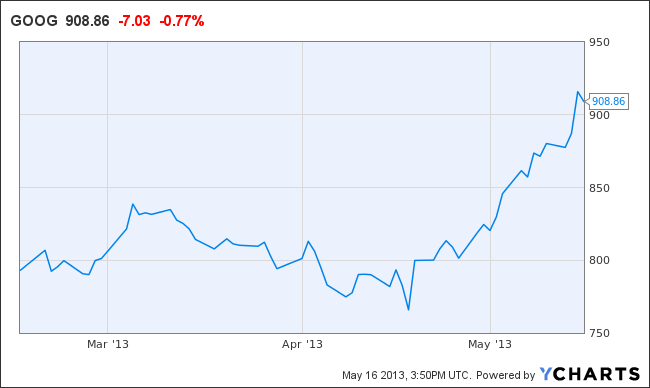 Oil company Hess Corporation, with $38 billion in annual revenues, plans to replace John B. Hess as Chairman and give the position to former GE CEO John Krenicki at next week’s board meeting. The company is in a proxy battle with Elliott Management Corp. over management of Hess.

The industry has been rife with bad governance.  In recent weeks, Occidental Petroleum, Chesapeake Energy, and Transocean Ltd. have each seen shareholder activists force top-level management changes in order to improve operations.

Earnings at Hess are projected to rise 6% this year, then fall 5% and 4% in the next two years.  Hess shares have been trading between $66 and $75 this year, but there’s no catalyst to launch them higher. 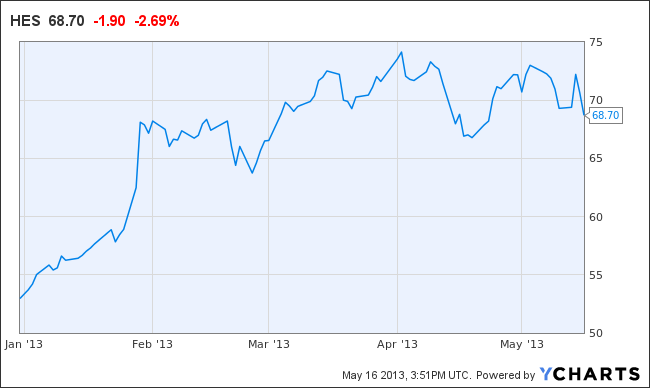 We Expected Sequestration but Got Solid Execution– Citi Research

In addition, strategic acquisitions, job cuts, and sales of non-performing business units are enhancing Cisco’s earnings growth.  Earnings are expected to grow 6-8% per year for the next three years.

Cisco’s stock price hasn’t made any progress in ten years.  However, it’s in a short-term uptrend, broke past resistance today, and could head toward $28 in the near future.

Our Ransom Note trendline says: TRADERS SHOULD BUY ON A DIP BELOW $23. 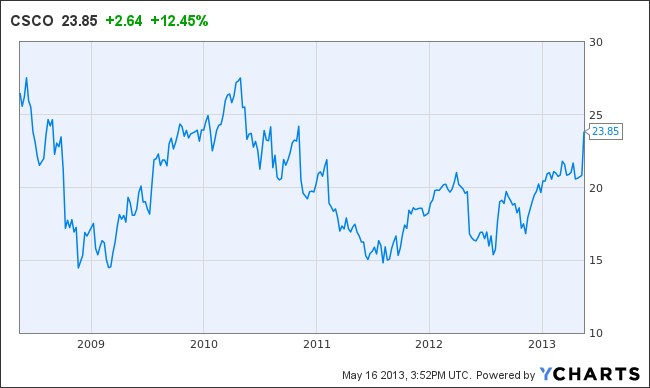