Earnings growth projections have risen since we last reported on Priceline.  Estimates have gone from 20% growth to 23% growth in 2013.  Now that Priceline has exceeded expectations again, expect those numbers to ratchet higher.  The PE is 19.8.

The stock price is getting ready to break through all-time highs and climb upwards.  On Feb. 27, we told investors to buy Priceline.com during a market correction.  With consistent upside earnings surprises, …. 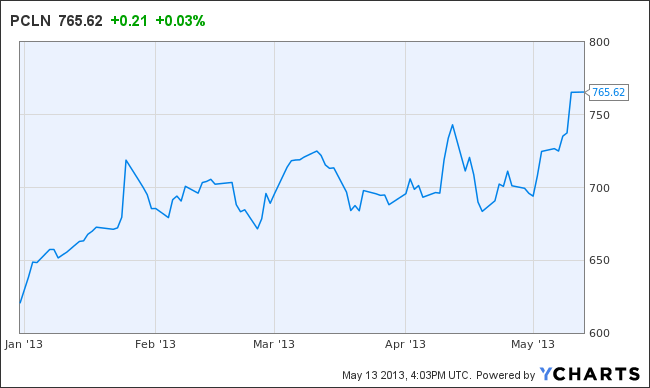 “The Globes reports that Israel’s Minister of Finance … told Teva CEO Jeremy Levin that ‘the time has come to change the rules of the game on trapped profits and tax benefits’ in a meeting on Friday, May 10,” reports Morgan Stanley.

Teva, the world’s largest generic drug manufacturer, is based in Israel, and paid a 12% income tax rate last year.  While the company is solidly profitable, earnings per share have been declining in recent years, with another 6% drop expected this year.

The stock has been suffering and trading sideways for quite a few years. 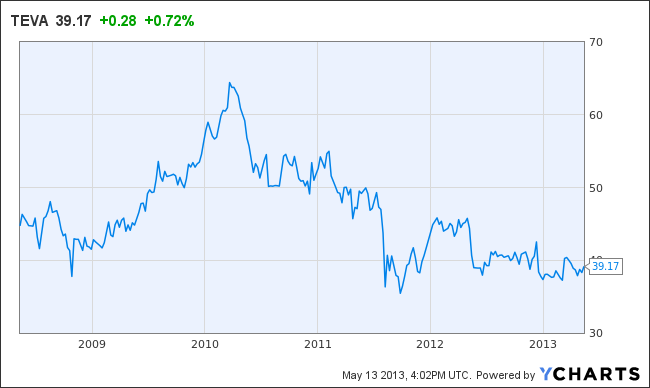 Mosaic Company Could Be A Potential Takeover Target -- iStockAnalyst.com

Mosaic Corp., the world’s largest producer of phosphate crop nutrients, is expected to repurchase $2.6 billion in stock this year from Cargill shareholders and trust.  Mosaic has $2.4 billion in surplus cash and another $3B in incremental available liquidity.  The company is also seen as a potential takeover target, with speculation that BHP Billiton would pursue the acquisition.

Mosaic has a history of earnings bouncing around, which are expected to be down 7% this year, then up 20% next year.

The stock is volatile, but the chart pattern is very bullish, and appears immediately ready to break out and rise toward $72.  Experienced investors and traders should take a closer look. 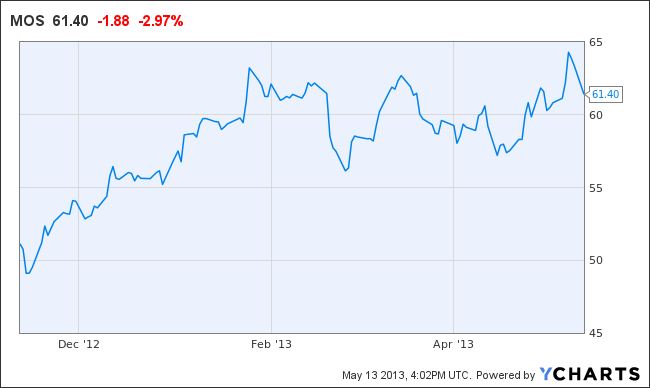