Facebook, the global social network icon, reported first quarter sales up 38% from a continued surge in mobile advertising.  “So far this year, Facebook has introduced new software for smartphones, added tools for marketers and revamped News Feed, the first thing members see when logging onto the network of more than 1 billion,” reports Bloomberg.

Earnings per share are projected to rise 8% this year, then 37% next year.  The PE is 50.  Morgan Stanley Research says, “We believe investors should aggressively build positions now for catalysts approaching over the next 6-12 months,” and that “management is effectively balancing user happiness with new revenue products.”

In February, we told investors to avoid Facebook shares when the price was on a downturn. The recent correction appears to be ending.  Investors should jump in here. 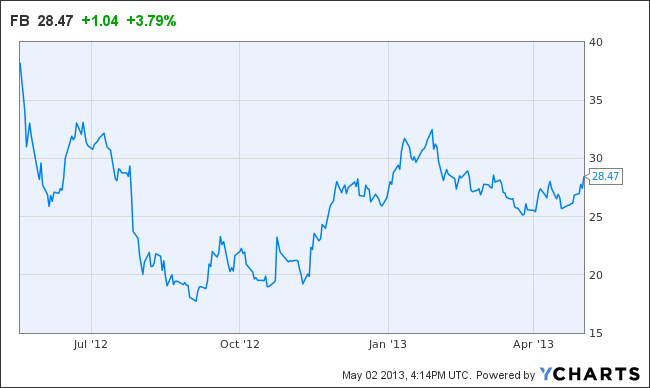 U.S. auto makers reported their first quarterly increase in market share gains since 1993, led by Ford with sales up 18% in April.  The company will be increasing production of its F-150 pick-up trucks.

Earnings are projected to fall 1% this year, as troubled global economies continue to pressure margins; then rise 19% in 2014.  The PE is 9.6 and the dividend yield is 2.97%.

The stock has been in a trading range this year, and looks ready to push up against price resistance at $14.25.  The bull-case scenario is that the stock could retrace the January 2011 high of $19.  In April, we told investors to stay on the sidelines.  Now that the housing recovery is affecting consumer spending patterns and auto sales…. 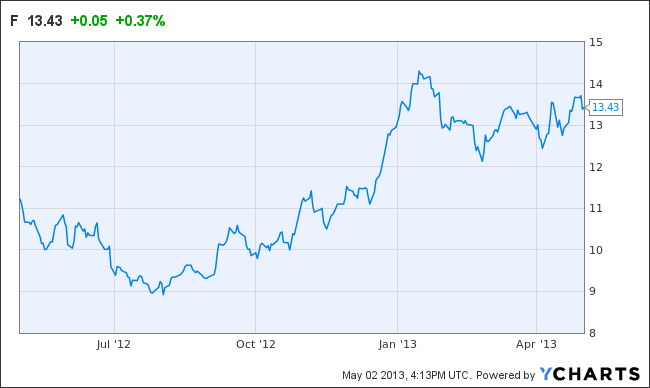 The chart has turned bullish and appears ready to rise into the low-to-mid $30’s.  While the chart looks good, we like Ford shares better with their hefty dividend and much larger increase in April sales. 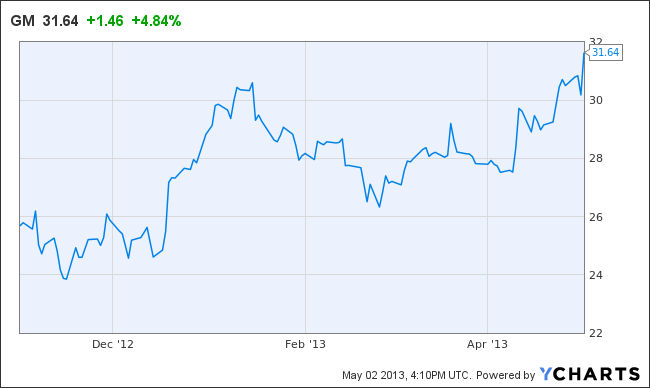