Prior to serving in Congress, Ted Poe served for 22 years as a criminal court judge in Houston where he garnered national media attention for his innovative sentences – dubbed “Poetic Justice.” Prior to that, he served for 8 years in the Harris County District Attorney’s Office, where he became the chief felony prosecutor and never lost a jury trial.

Congressman Ted Poe serves on the House Judiciary Committee, and the Foreign Affairs Committee as Chairman of the Subcommittee on Terrorism, Nonproliferation and Trade. An outspoken advocate on border security, he travels regularly to the southern border to meet directly with local law enforcement and residents. He also often visits our troops in Afghanistan and around the world. Congressman Ted Poe established the bipartisan Victims’ Rights Caucus (VRC) to advocate on behalf of victims in our nation’s capital. A strong constitutionalist, Congressman Poe stands firmly in the belief of “we the people” not “we the subjects.” 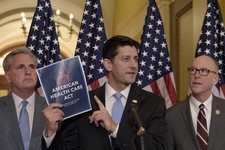