Keith Rothfus was sworn in on January 3, 2015 and is serving his second term in the United States House of Representatives. He represents Pennsylvania’s Twelfth Congressional District, which includes all of Beaver County and portions of Allegheny, Cambria, Lawrence, Somerset, and Westmoreland Counties in Western Pennsylvania.

He spent most of his professional life in the private sector. As an attorney, he helped businesses of all sizes expand and create jobs in Western Pennsylvania.

Keith served as the first director of the Center for Faith-Based and Community Initiatives at the Department of Homeland Security (DHS). He launched and managed DHS’s efforts to coordinate relief services with faith-based and community organizations after natural disasters.

He has served on the Board of Directors of the Veterans Leadership Program of Western Pennsylvania, an organization that provides support services to local veterans and their families.

Keith and his wife Elsie are raising their six kids in Allegheny County.

Articles
Why We Must Defend the Constitution, the Guardian of Liberty
September 15, 2016 | 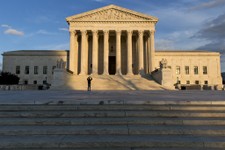