Colin McNickle
|
Posted: May 23, 2018 12:00 PM
Share   Tweet
The opinions expressed by columnists are their own and do not necessarily represent the views of Townhall.com. 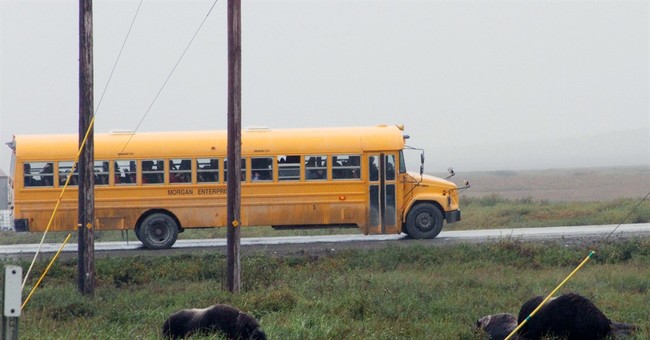 “(I)t is clear that major actions need to be taken,” says Jake Haulk, president of the Allegheny Institute for Public Policy. And he proposes commonsense solutions (in Special Edition Policy Brief Vol. 18, No. 20) sure to be unpopular, primarily among those who helped sow the seeds of the system’s failure.

“Even though it will be politically difficult,” the Ph.D. economist says, “the Legislature must do what is best for the state’s taxpayers and the education of its students.”

The State System’s failings have been well-documented – in a system-commissioned study by the National Center for Higher Education Management Systems (NCHEMS), by a Rand Corporation study commissioned by a state legislative committee and by the Pittsburgh think tank.

Among the problems are near-steady, double-digit percentage declines in total enrollment (undergraduate and graduate) since the 2010-11 academic year, only to be exacerbated by projections of long-term declines in high school graduation rates in the commonwealth, from which the State System draws most of its students.

That makes it more difficult to maintain course offerings, degree programs and the best faculty. And that has led to very lax entrance requirements – accepting virtually everyone who applies – which leads to other problems, namely higher dropout rates that impose needless costs on student and taxpayers.

Equally problematic is that while the full time equivalent student count dropped by 18.9 percent over the last five years at the 12 State System schools that lost enrollment, total instructional staff fell by just 6.3 percent. Which does not bode well for cost per student, already much higher at State System schools than state-related schools for upper division students.

And faculty cost efficiency – in terms of class size and cost per student – at these state-owned State System schools “are on average no bargain compared to the state-related schools with their many satellite campuses,” Haulk says. “This is the opposite of the situation one would have expected.”

Counterproductively, the NCHEMS study ruled out closing or merging any of the schools and gave its imprimatur to the collective-bargaining process. But the Rand study panned the most recent faculty union contract for its market-unfriendly rigidity which makes managing the State System a nightmare.

But, as Haulk notes, such oversight or mergers would create a host of union-related problems. And to that end, the Allegheny Institute scholar says the first real reform step must be for the Legislature to rescind the right to strike for employees of state-funded institutions and to outlaw contract provisions that honor seniority over performance in layoff decisions.

Additionally, Haulk says severe enrollment problems at Cheney and perhaps Mansfield universities warrant either their closure or merger with other schools.

“A more promising approach to addressing the problems of most (State System) schools would involve arranging program degree offerings among the universities in a way that would have each school achieve a level of faculty excellence and reputation in a few specific fields that would generate student interest,” he says.

That would eliminate “cookie-cutter duplication” of degree offerings system-wide, negate the need for mergers or closings and allow the respective schools to find their “optimal size,” Haulk adds.

Sans such concrete reforms, he says huge amounts of money will continue to be wasted, leading to “sub-optimal educational opportunities and outcomes and be a source of terrible anxiety for everyone involved.”

“Corrective actions by the Legislature and governor are extremely overdue,” Haulk concludes.