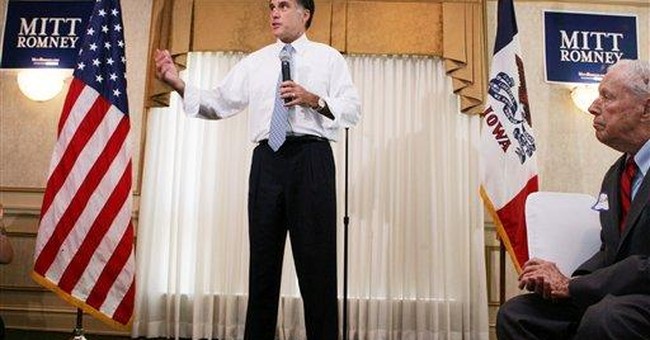 Today, America and the world face a myriad of security challenges – the attacks on our troops in Iraq, the train and bus bombings in London and Madrid, the rockets fired into Israel, and the risk of terror cells operating inside our own borders. Across the world, the Jihadist threat takes on many different forms. It is no longer enough to act against this threat in a piecemeal fashion. Iraq, Afghanistan and our homeland are all fronts in this war. It all matters. The integration, sustainability, and breadth of this war against violent Jihad must now take on a new dimension. We must focus on establishing a new, effective strategy which enables success at the all important local level around the world.

In a speech last night to the American Enterprise Institute's World Forum, Governor Romney outlined his Global Initiative for Values and Freedom – a comprehensive strategy to defeat radical Jihad, ensure our security and advance freedom and human rights across the globe. This will be a truly global strategy that combines our efforts with others, brings more tools of our national power to bear and implements specific, tailored strategies for each nation at risk.

Included in this strategy is the creation of a new force to defeat Jihadist efforts and win hearts and minds. Governor Romney will establish a Special Partnership Force (SPF), with the leadership core drawn from Army Special Forces and Intelligence personnel.

This Force would work hand-in-glove with local host governments. Together, they would seek to target and separate terrorists from the local population, and to disrupt and defeat them. They would have the authority to call in all elements of civil assistance and humanitarian aid. Where they felt it was necessary, they could call in Delta and SEAL military resources. Their goal would be to build national institutions of stability and freedom, and to promote the rule of law and human rights.

The Special Partnership Force must be driven by intelligence, highly integrated with all our sources of power and with those of other nations, and coordinated with the host country and in full partnership with it. This can not be another one-off capability. It must be a sustainable capacity that is a fixture of our war against violent Jihadism.

While this would represent a new capability, the SPF would build on the work done by past efforts that have defeated terrorist threats. Our own recent efforts in the Philippines prove the value of highly integrated teams working in tandem with non-military efforts to starve terrorists and ultimately crush them.

As we build the SPF and deploy it, Governor Romney will take even greater steps to protect our homeland in a strategic and sustained manner. We must recognize that the surest way to stop a terrorist plot is to deprive terrorists of their financing and support overseas, and to stop them from entering our country in the first place. This will demand new U.S. capabilities, stronger global alliances, and integration of our federal actions with international, state, and local efforts.

Governor Romney will also strengthen intelligence gathering and capabilities by eliminating bureaucracy and moving more resources to the field. The Clinton Administration slashed the CIA workforce by 20 percent and undermined recruitment efforts geared at building proper human intelligence gathering. This administration has started to restore the CIA to its pre-Clinton era capabilities, but the introduction of even more layers of bureaucracy have hindered those efforts. It's time to make the gathering of accurate and actionable intelligence a priority, and not an afterthought.

As part of his strategy, Governor Romney will give America's armed forces the support it needs to defeat our enemies – and to convince our would-be enemies that any provocation against the U.S. or its allies would be foolish. The Clinton administration let America's military wither. To maintain a strong military, Governor Romney will add at least 100,000 more troops and commit four percent of our GDP to new equipment, training, and relevant support for our current troops and their families.

And ultimately, America must recognize that its strength is amplified when combined with the strength of other nations. We need to expand alliances such as NATO. We need to build global and regional capacities and networks of law enforcement and intelligence officials to confront Jihadists and other transnational threats.

We need to work with our Middle East allies and the major nations of the developed world to establish a Partnership for Prosperity and Progress to assure that threatened Islamic states have public schools untouched by Islamic radicalists, proper microcredit and banking facilities, the rule of law, human rights, basic health care, and competitive economic policies.

These steps form the blueprint of a strategy for success – a plan that will assure America's security and defeat our enemies. But a plan is only half the battle; the other half is making sure it works. That requires leaders who can recognize changing circumstances, who have a record of effective executive leadership, and who understand the stakes of the war we face. Governor Romney is that kind of leader.