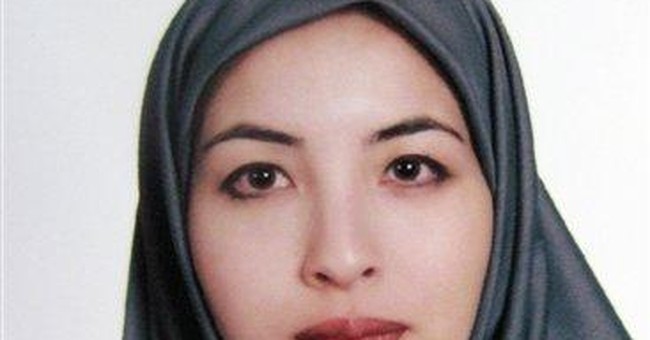 In September 1988, the Indian-born British writer Salman Rushdie published "The Satanic Verses," a novel containing what some saw as an irreverent depiction of the prophet Mohamed. In February 1989 - exactly ten years after leading Iran's Islamic Revolution- the Ayatollah Ruhollah Khomeini issued a fatwa calling the book "blasphemous" and offering a bounty for Rushdie's murder.

One month later, Britain broke relations with Iran. But most other nations responded fecklessly, if at all. And in 1998, Britain restored relations with Iran after its rulers offered a meaningless promise: They would "neither support nor hinder assassination operations on Rushdie" undertaken in response to Khomeini's decree. Seven years later, the fatwa was reaffirmed by Khomeini's successor, Supreme Leader Ayatollah Ali Khamenei, in a message to Muslim pilgrims making the haj to Mecca. Since then, Iran's Revolutionary Guards also have declared the death sentence valid.

There has been no response of any consequence from Britain, the U.S., the European Union and the United Nations to these attacks not just on Rushdie but also on freedom of speech, a core Western value.

Nor have the world's literary communities stood up to Iran's rulers in any meaningful way. On the contrary, a remarkable number of Western writers have acted as apologists for the theocratic regime. New York Times columnist Roger Cohen is among the most recent -and egregious. Earlier this year, he reported that Iran's Jewish community is "living, working and worshipping in relative tranquility."

In fact, Iran's Jewish community has shrunk by more than 75% since the Islamic Revolution, from over 100,000 to an estimated 25,000. And anyone who believes that the Iranian Jews who remain are free to discuss their hardships and fears with foreign journalists like Cohen is a damned fool.

In January, Roxana Saberi, a 32-year-old American journalist - she has reported for National Public Radio, the BBC and other media -- was arrested in Tehran on patently bogus charges of espionage - the same charge, by the way, that was made against journalist Daniel Pearl by the militant Islamists who kidnapped and, eventually, slaughtered him in Pakistan.

Last month, Saberi was hastily tried - one day, behind closed doors -- and sentenced to 8 years in prison. On April 21st, she defiantly went on a hunger strike. She stayed on it for 15 days until this week when, according to her Iranian-born father, Reza Saberi, her health began to sharply deteriorate.

Even her fellow journalists have been slow to support her. I was recently on a BBC radio program. The topic under discussion: whether the Western media are unfair to Iran. Most of those on the program said they thought so. There were complaints, too, about "anti-Iranian prejudice" in America. I raised Saberi's case. The show's moderator was not interested.

On April 28, four members of Reporters Without Borders, a left-leaning press freedom advocacy organization, began a hunger strike in Paris in solidarity with Saberi. Kudos to them, but allow me to offer a modest suggestion: Reporters Without Borders should organize journalists, writers and artists around the world - indeed, everyone who cares about freedom - to fast for at least a day in support of Saberi.

One day without food to focus the world's attention on 30 years of Islamist oppression (at least five other writers and editors are currently imprisoned in Iran), cruelty toward Iran's minorities (including Baha'is, Kurds and homosexuals); its proxy death squads in Iraq; its expressions of genocidal intent toward Israel; and its illegal drive for nuclear weapons and the missiles to deliver them.

Exerting such pressure could be particularly useful now since the regime has promised to review Saberi's sentence -- again, in a hearing closed to the press and public. And perhaps a grass-roots protest might inspire European governments to belatedly demonstrate a little backbone - to recall their ambassadors, send Iran's diplomats packing, and impose serious sanctions until such time as Iran's rulers behave in a more civilized manner. Maybe the United Nations would demand they meet their obligations under the UN Charter and other international agreements.

I know: When pigs fly over Tehran.