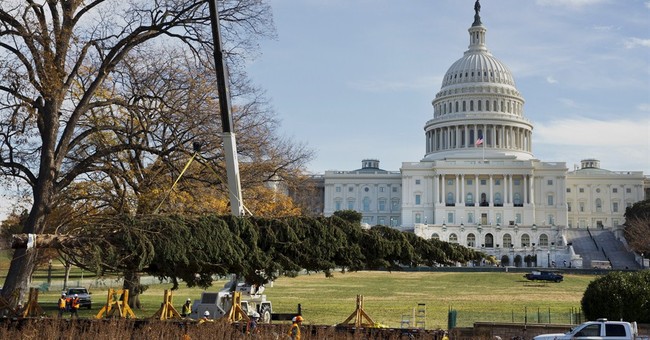 After months of the feds doing everything they could to distance themselves from the origin and launch of the controversial Common Core State Standards, more and more of Washington's tentacles are surfacing through public rage, implementation revelations and the White House's own foot-in-mouth disease.

After Education Secretary Arne Duncan cast bigoted blame on "white suburban moms" for nationwide resistance to CCSS -- an oops from which he still is reeling in public humiliation and maternal fury -- White House spokesman Jay Carney dodged Duncan bullets by claiming ignorance to his statements. But then Carney buried the White House in federal ownership of CCSS by saying, "I can just tell you that the secretary of education and everybody on the president's team dedicated to this effort is focused on making sure that we do everything we can, working with states and others."

"Everybody on the president's team dedicated to this effort"? Thanks, Mr. Carney. It's about time the feds ponied up to their place on the CCSS playground.

In the first part of my series on CCSS, I revealed how the feds spent $350 million of taxpayer money, funding and giving grants and waivers to muscle and bribe states and local school districts to accept CCSS.

Last week, I showed how feds are injecting their progressive agenda into curricula taught to U.S. kids in elementary, middle and high schools via their influence in standard directives and posting educative minions in academic arenas and among CCSS curricula creators.

Today I will begin to give you the third piece of evidence of the feds' collaborations and entanglements within CCSS -- namely that they are creating and expanding a national database to store, access and peddle your kids' private information obtained through a technological project within CCSS.

Sound crazy or like sci-fi socialism? Maybe, but it's all real, true and coming soon to a school near you, if it isn't there already.

It all started in the third month of President Barack Obama's reign in 2009, when the Department of Education initiated the State Fiscal Stabilization Fund, which -- under the American Recovery and Reinvestment Act of 2009 -- awarded "governors approximately $48.6 billion ... in exchange for a commitment to advance essential education reforms ... including: college- and career-ready standards (aka CCSS)."

Under that umbrella, the feds further bribed the states into building and expanding longitudinal data systems "to capture, analyze, and use student data from preschool to high school, college, and the workforce."

In a White House press release dated Jan. 19, 2010, Obama and Duncan stated that the purpose of expanding the longitudinal data systems was to make the massive amount of information "more accessible ... to key stakeholders."

Wondering who the "key stakeholders" are? Let's just say I don't think it's a coincidence that a 2012 White House budget sheet for the Department of Labor also mentions grants being offered to expand the workforce information side of the data system coin. The grants "support the development of longitudinal data systems that integrate education and workforce data to provide timely and accessible information to consumers, policymakers, and others."

Did you catch that? "To consumers, policymakers, and others"? And what or -- more appropriately -- whose information are the feds providing (or peddling?)? So much for the Family Educational Rights and Privacy Act, the federal law established to protect the privacy interests of students. I guess the Department of Education, which maintains FERPA, decided it really liked this statement in it: "Schools may disclose, without consent, 'directory' information such as a student's name, address, telephone number, date and place of birth, honors and awards, and dates of attendance."

U.S. Department of Education press secretary Dorie Turner Nolt explained in June, when she was with the Georgia Department of Education, that the data in the state's longitudinal data system are computerized but that the students' information is, in PolitiFact's words, "not shared beyond the student's teachers and school administrators." She needed to add the word "yet."

Don't ever forget the White House's words in its own memos: for "key stakeholders," who, at the very least, include "consumers, policymakers, and others." And guess who gets to define "others." (Now you're getting the picture!)

You don't think the feds gave away billions of taxpayer dollars to states and public schools without expecting anything in return or to be included in the informational mix, do you? It's one big happy federal and state communication merry-go-round with your family's private information from the school cradle to the federal grave!

In Part 4, I will show further evidence from the feds themselves that the longitudinal data systems and new Common Core State Standards are intricately intertwined and going to be used by the federal government and state governments to tap your children's personal information and to leverage significant educational change.