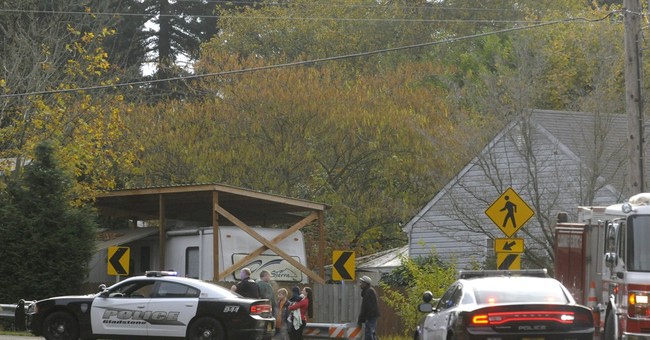 Layden also explained that the "dramatic increase" in child sexual predators is a direct result of and proportionate to the increase of Internet pornography. The Internet is "piping (pornography) 24/7 into homes, in harder and more pathological forms in a venue children know better to use than adults."

Layden elaborated that increased online pornography helps to "normalize pathological behavior," raising the belief that "it is common, hurts no one, and is socially acceptable, the female body is for male entertainment, sex is not about intimacy and sex is the basis of self-esteem." And just as with other addictions, Layden claimed, the more one consumes pornography the more one's appetite for it grows.

World also cited Layden, who is also co-director of the Sexual Trauma and Psychopathology Program and contends that porn's easy accessibility sets the foundation for its entitlement. She said: "I hear men say, 'Sex is a need. I have a right to it.'"

--"Trafficking victims are exploited in the production of pornography."

--"Pornography production is a form of trafficking."

--"Pornography is used as a training tool with sex trafficked victims."

In her recent interview on ABC's "The View," Ruiz shared how it all began when she was lured by the promise of fame in college by producers who asked her whether she wanted to star in a few "romance movies."

The message of God's love, value and forgiveness finally reached her heart. Ruiz filmed her last sex scene in November 2012. Looking back, she recalled in an interview with AdultFYI: "I never found love in my life and was looking for it in all the wrong places. ... I have finally encountered the unconditional love of God, and I will never go back."

For any girls who are thinking about entering the porn industry, Ruiz gave this word of caution and encouragement to them in her interview with Whole Magazine: "Taking your clothes off to be with multiple men will leave you hopeless, broken and empty. I remember hating myself. I didn't have one ounce of love for myself. No one in that industry is going to reach his/her hand down and help pick you up. They're going to watch you go down and kick you. Research other avenues. I found what I yearned for (fulfillment, acceptance, joy, peace and love) in Jesus. I know these same women can find the same thing I did. Reach out and take a step of faith and take that hand that is reaching out for you ... and that hand is Jesus."

If you want to know more about what Ruiz is doing now, go to http://www.brittniruiz.com.

I recommend the documentary "Somebody's Daughter," which has raised awareness of the pervasiveness and destructiveness of pornography. Powerful tools to aid individuals and couples who want help getting over issues related to pornography are also found at https://www.thepinkcross.org. Other great training resources can be found at http://www.stripchurch.com, which serves, teaches and equips women who share the desire to reach out to those in the sex industry.

The Polaris Project provides the National Human Trafficking Resource Center, which is a toll-free hotline available for calls and texts from anywhere in the country 24 hours a day, seven days a week, every day of the year. Call it at 888-373-7888, or text "help" or "info" to BE-FREE (233733).