24 Principles of Every Healthy Leader 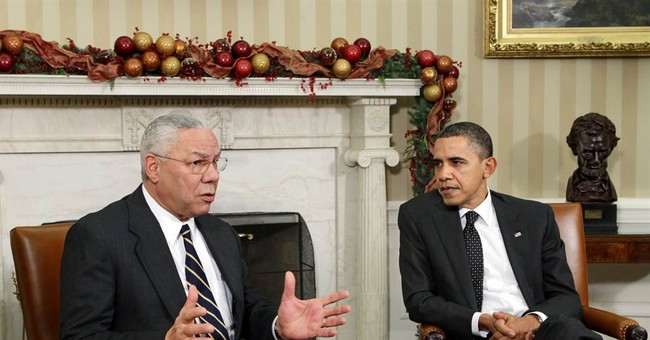 Trending
The other day, I was thinking about leaders, in everything from the White House to my own house to countries such as Syria to companies such as Apple.

I was reflecting upon revolutionaries, from Nelson Mandela to Rosa Parks to the single parent of three who inspires her or his children with hard work and tough love.

I was contemplating the power of influence and influencers who make a difference by their command and control to others who demand respect with their silence and servitude.

From Jesus to James Dean and prosperity to prowess, leaders and what attracts others to them may vary, but one constant remains the same: Everything rises and falls on leadership, as Dr. John Maxwell has put it.

Leadership has built the biggest empires. It has collapsed the greatest corporations. It can unify diversity or divide unity. It can cast visions, catalyze movements, coalesce people and revolutionize industries and culture. Or it can run an organization and country into the ground by hardly trying or making a few wrong moves.

And you get what you pay for in leadership, not just in monetary terms but in quality of leader replication and organizational development. There is a direct correlation between the health and potential of an organization's leaders and how far their subordinates and the organization can soar. Fudge on leadership and a company will falter, plain and simple. Morality, magnanimity and mistakes all metastasize under the levels of leaders. For an enterprise cannot grow greater, wider or deeper than the person at the top.

No leader is perfect, and everyone has his or her flaws. But those who have gained my respect are those who have proved themselves through the test of time and results.

One of those is Gen. Colin Powell.

You may not agree with his politics. You may not like all his moral stances. You may assail him for his entanglements in the Middle East. Or you may say Washington's marginalizing Powell was a big mistake.

But you can't deny his stellar career as a leader par excellence. After his four decades of military service -- beginning at age 17 as a Reserve Officers' Training Corps cadet -- this retired four-star general in the U.S. Army also served in four presidential administrations, including being the first African-American to serve as chairman of the Joint Chiefs of Staff and as secretary of state.

And whether you believe that Powell had a tryst with a female Romanian diplomat or not, you can't deny the power of his 50-year marriage to his beloved Alma or his fatherhood to their three successful adult children -- Michael, the current president of the National Cable and Telecommunications Association, Linda, a professional actress, and Annemarie, a television producer.

One of the things I love about Colin Powell is that he won't be controlled or pigeonholed in life or leadership. His service spans from his service to his country to speaking this past year through TED about how "kids need structure"; his talk is a must-watch 17-minute video that would serve any patriot, parent or leader of children.

In Powell's most recent book, "It Worked For Me: In Life and Leadership," Chapter 21, titled "What I Tell My New Aides," has some excellent leadership tenets any boss or leader would want subordinates to know about himself or herself. It also conveys principles and qualities every follower would want in a healthy leader.

Here are 11 of Powell's principles for cohesive leadership and staff relations:

--"Don't ever hesitate to ask me what to do if uncertain.

--"I'm a people/phone junkie. I like to remain enormously accessible.

--"Avoid "The General Wants" syndrome -- unless I really do

--"Provide feedback, but be tactful to those who ask -- talks between you and me are private and confidential.

--"Never keep anyone waiting on the phone -- call back.

--"Make sure correspondence is excellence. No split infinitives.

And also worth their leadership weight in gold are Powell's general Thirteen Rules, which he elaborates on in the first section of his book:

--"It ain't as bad as you think. It will look better in the morning.

--"Be careful what you choose. You may get it.

--"Don't let adverse facts stand in the way of a good decision.

--"Have a vision. Be demanding.

--"Don't take counsel of your fears or naysayers.

--"Perpetual optimism is a force multiplier."

Your role models may not include Powell, but it's critical for all of us to have them -- mentors we look up to for the variety of roles and responsibilities we assume in this life.

They are those who inspire us, as well as take us to task and challenge our most dogged dogma. They may be those we know or those we never have met -- those who are living or dead. But they are always those who shape and influence our lives. They are our leaders, though they even may be our subordinates, too. The proof is in the pudding: We are whom we are around.

Don't ever forget this: Everything rises and falls on leadership. As the leaders go, there goes the household, company or nation.

As Colin Powell once put it, "leadership is the art of accomplishing more than the science of management says is possible."