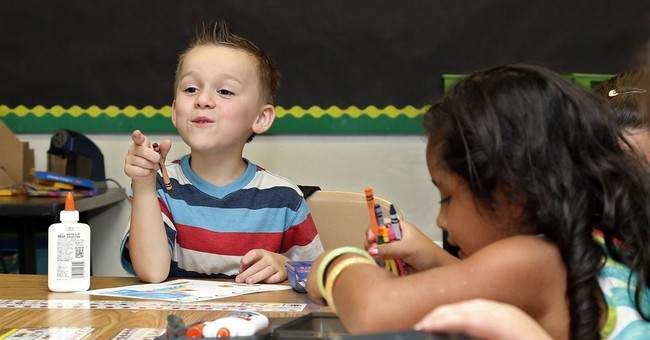 A few weeks ago in Part 1, I finished by discussing how Thomas Jefferson distinguished the U.S. from other countries in asking, "What but education has advanced us beyond the condition of our indigenous neighbors?"

But is today's public education system what he and other Founding Fathers were imagining it could be back then?

The answer is: Yes and no.

Yes, Jefferson foresaw that public education would teach a broad range of basics. But no, he didn't imagine that academia would be run by the federal government or that it would turn into limited indoctrination camps for political correctness and secular progressivism.

There was nothing more important for Jefferson than the education of the public. For him, the preservation of our very republic was dependent upon it.

As far back as 1787, he wrote to James Madison: "Above all things I hope the education of the common people will be attended to; convinced that on their good sense we may rely with the most security for the preservation of a due degree of liberty."

And in 1810, after two terms as president, he penned, "No one more sincerely wishes the spread of information among mankind than I do, and none has greater confidence in its effect towards supporting free & good government."

In 1816, he further noted: "Enlighten the people generally, and tyranny and oppressions of body and mind will vanish like evil spirits at the dawn of day. ... I believe (the human condition) susceptible of much improvement, and most of all, in matters of government and religion; and that the diffusion of knowledge among the people is to be the instrument by which it is effected."

And in 1822, only four years before his death, Jefferson said, "I look to the diffusion of light and education as the resource to be relied on for ameliorating the condition, promoting the virtue, and advancing the happiness of man."

Jefferson believed that the cost of ignorance for our communities and our country would be much more than the costs to educate the people. Again, he wrote, "Now let us see what the present primary schools cost us, on the supposition that all the children of 10, 11, & 12 years old are, as they ought to be, at school: and, if they are not, so much the work is the system; for they will be untaught, and their ignorance & vices will, in future life cost us much dearer in their consequences, than it would have done, in their correction, by a good education."

The Library of Congress' website, under the title "Well-informed people can be trusted with self-government," explains: "The ability of people to govern themselves was a major goal of education in Jefferson's mind. The new Federal Constitution of the United States '& a submission to it' proved to Jefferson that 'whenever the people are well-informed, they can be trusted with their own government; that whenever things get so far wrong as to attract their notice, they may be relied on to set them to rights.'"

On this basis, Jefferson espoused a broad range of education: "A system of general instruction, which shall reach every description of our citizens from the richest to the poorest, as it was the earliest, so will it be the latest, of all the public concerns in which I shall permit myself to take an interest."

Jefferson defined education's scope in this respect: "The objects of this primary education determine its character and limits. These objects are To give to every citizen the information he needs for the transaction of his own business; To enable him to calculate for himself, and to express and preserve his ideas, his contracts and accounts, in writing; To improve by reading, his morals and faculties; To understand his duties to his neighbors and country, and to discharge with competence the functions confided to him by either; To know his rights; to exercise with order and justice those he retains; to choose with discretion the fiduciary of those he delegates; and to notice their conduct with diligence, with candor and judgment; And, in general, to observe with intelligence and faithfulness all the social relations under which he shall be placed. To instruct the mass of our citizens in these, their rights, interests and duties, as men and citizens, being then the objects of education in the primary schools, whether private or public, in them should be taught reading, writing and numerical arithmetic, the elements of mensuration ... and the outlines of geography and history."

Educating the public with the basic subjects of reading, writing and arithmetic is about the extent to which Jefferson would agree with our modern public education system.

In Part 3, I will explain at least three grave differences Jefferson and other founders would have had with today's public education system.