12 Little-Known Facts About the Declaration of Independence (Part 1) 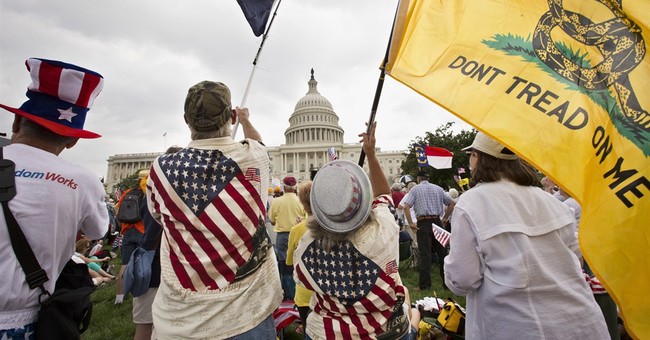 Being about a week away from Independence Day, I was doing a little reflecting upon the history surrounding the Declaration of Independence. And I thought it would be of equal interest to many of my readers to look at some often-overlooked aspects of the declaration's production and legacy.

Several historical websites hold some fascinating facts about this national treasure -- including the National Archives and Records Administration's site, at http://www.archives.gov. In addition, on History's website, the article "9 Things You May Not Know About the Declaration of Independence," by Elizabeth Harrison, has some intriguing notes. Let me elaborate on some of those and convey a few others I've discovered.

In April 1775, the Revolutionary War began at Lexington and Concord. On July 5, 1775 -- an entire year before the adoption of the Declaration of Independence -- the Continental Congress adopted the Olive Branch Petition, written by John Dickinson, which appealed directly to British King George III for reconciliation between the Colonies and Great Britain. Though Franklin signed the petition for the sake of consensus, he radically differed with it and said that stronger sentiments were necessary because the petition was destined to be rejected.

He was so appalled by British atrocities and exhausted of British rule that he planned the first articles of confederation and drafted a declaration of independence to be issued by none other than Gen. George Washington. So strong was the language of the draft that Thomas Jefferson wrote that though some members of Congress -- including him -- "approved highly of it," some were "revolted at it." Jefferson explained in his private commentary that "proposing it to Congress as the subject for any vote whatever would startle many members."

It seems Congress just wasn't ready to throw down the gauntlet yet. My, how things can change in a year!

2) Jefferson had problems with the adopted version of the Declaration of Independence, which was written primarily by him.

On June 11, 1776, the Second Continental Congress appointed a committee of five men (Franklin, Jefferson, John Adams, Robert Livingston and Roger Sherman) to write a declaration of independence. The committee, in turn, appointed Jefferson to produce a first draft for consideration, which he did by utilizing other documents, such as his own draft of a Virginia constitution, the Virginia Declaration of Rights and state appeals for independence. The committee and, later, Congress made some revisions to Jefferson's draft before formally adopting it July 4, 1776. In the end, Jefferson was troubled by their revisions, especially Franklin and Adams' removal of a diatribe blaming King George III for the trans-Atlantic slave trade.

Who knows? Maybe if that paragraph were left in the document, our Founding Fathers might not be maligned so much for being pro-slavery.

On July 1, 1776, the Second Continental Congress began meeting in Philadelphia, at what is now known as Independence Hall. Delegates spent the next few days debating and revising the Committee of Five's draft. After adopting the Declaration of Independence on July 4, they didn't sign it for roughly another month because New York's delegates weren't authorized to vote in favor of independence until July 9, and it also took two additional weeks for the declaration to be produced in its final printed form. Most delegates signed the official declaration Aug. 2, but at least six others didn't sign it until later, and two more (Dickinson and Livingston) never signed it at all.

4) The original Declaration of Independence wasn't written on paper.

As the National Archives and Records Administration explains, the original was "engrossed on parchment which is an animal skin specially treated with lime and stretched to create a strong, long-lasting writing support. The printed version is on paper and was read aloud from town squares throughout the colonies, so that those who could not read would receive the news about intended separation from England."

Next week, I will give more little-known facts about the Declaration of Independence, including what happened when George Washington read a copy to the people in New York.

I wrote my latest New York Times best-seller, "Black Belt Patriotism," to help educate and equip Americans who are not familiar with our founders' America. It not only gives a copy of the Declaration of Independence and U.S. Constitution in the back of it but also details how our country would be better off in a host of ways if we turned back the clock to how our founders ran it.