The Superman of Grads and Dads 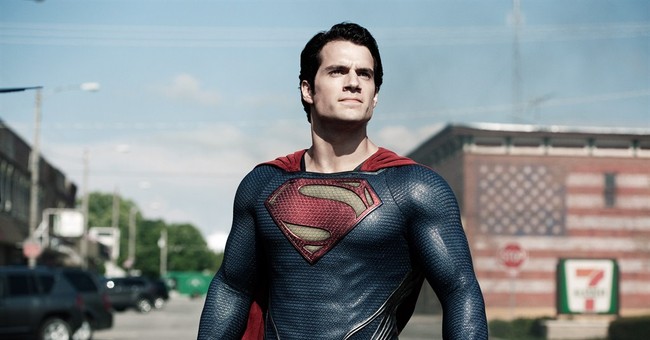 Though deadbeat dads and high-school dropouts might pervade some communities, there are still far more models than mess-ups across our country, and some stand head and shoulders above the rest. Let me tell you about a few stellar examples.

I understand that the fact that 1 in 4 U.S. students do not receive a regular high-school diploma is not good enough, with that number increasing to 1 in 2 students in New York City and other places and among Native Americans.

And I understand that, as First Things First reported, in Richmond, Va., 60 percent of families are single-parent households, with the number increasing to 86 percent for African-American families.

Despite the negative news about grads and dads, there are still many all-star examples in every community -- some of whom face the most adverse conditions and rise up to meet a new day.

According to The Oregonian, before Aisha Mwinja died from lung cancer at the age of 46 in March, she begged her six children, ages 9 to 19, to stay in school and go to college.

This was not the first time the six children faced tragedy. Before coming to the U.S., they witnessed the evils of war in the Democratic Republic of Congo, their homeland, including the murder of their father in their own home.

After their mother's death, the children avoided separation in the U.S. foster care system, because their 23-year-old stepbrother Shiabani Omari moved in with them and became their legal guardian. In addition, the communities of northern Oregon rallied big-time in support of these six children, while the eldest brother Hussein, 19, and sister Amida, 18, assumed the primary care giving roles for their younger siblings as they finished their last year of school.

This past week, Hussein and Amida graduated from high school -- the latter with honors. Both will work over the summer to help support their family before leaving in the fall to college. Hussein will attend either Concordia University or the University of Oregon, and Amida will go to Portland State University on scholarships.

Meanwhile, on the other side of the country, on June 8, Mike Patterson, a 43-year-old father and upstanding citizen of Rockmart, Ga., was spending some father-son time with his 9-year-old at a nearby stream when he witnessed a little 4-year-old girl being pulled underwater by the strong current.

Without hesitation, Mike dived into the water to save her. Unfortunately, the water was shallower than it looked, and Mike broke his neck in three places and severed his spine. He was paralyzed instantly from the neck down and has been hospitalized ever since.

According to WAGA-TV, Mike had just started a new job as a contractor two weeks before the accident and has no medical insurance. The family's financial situation is additionally burdened by the fact that Mike's dad has late-stage cancer, and his grandfather is bedridden. Still, the family hopes and prays that Mike eventually can go to the Shepherd Center in Atlanta for rehabilitation.

Mike's family started a Facebook page, "Friends Of Mike Patterson," to give updates about his progress, as well as to raise funds for his medical bills and future rehabilitation. The headline on the Facebook page reads, "Let your faith be bigger than your fear."

A few days ago, a post there explained: "Mike is back on the ventilator, in a medically induced coma, and has pneumonia in both lungs. His sweet mom is sitting by his bed, holding his hand and praying for a miracle and that he is in no pain right now. His family asks that we raise him up in prayer." (Over this past weekend, Mike's temperature spiked to more than 104 degrees, his body fighting off infection.)

There's a photo circulating the Internet of Mike wearing a white contractor's helmet which reads "In God We Trust."

The outpouring of love and support from the nation has been such that Mike's mother was nearly brought to tears as she explained to WSB-TV: "I did not realize that there was still kindness in this world like there is. I kind of thought the world had grown cold until this happened to my son."

It should be noted that Mike's act to save the young girl from drowning wasn't his first heroic deed. He recently witnessed a tractor-trailer T-bone an SUV, and he flew out of his car to aid the injured driver.

It's one thing to be willing to sacrifice oneself for a loved one, but it's quite another to do it for a total stranger.

No wonder the mother of the young girl who was pulled from the river said about Mike, "He's a godsend."

Indeed, Mike's life and exemplary actions remind me of the words of Jesus: "No greater love is there than a man who is willing to lay down his life for another."

(It's not easy to wrestle through issues of suffering and why bad things happen to good people. But if you want to read an excellent book with a lot of heart on the subject, then I recommend If God Is Good: Faith in the Midst of Suffering and Evil by my good friend Randy Alcorn. It is available for discount here.

Deadbeat dads and high-school dropouts? Sure, America has plenty of them.

But then there are those like Hussein, Amida and Mike. And what about all the amazing grads and dads in your community, too? Maybe there's even one living in your home.

In the new Superman blockbuster Man of Steel, the character Jor-El, Superman's biological father, asks: "What if a child dreamed of becoming something other than what society had intended? What if a child aspired to something greater? ... Every person can be a force for good, free to forge his own destiny."