My Mom's Advice for America (Part 2) 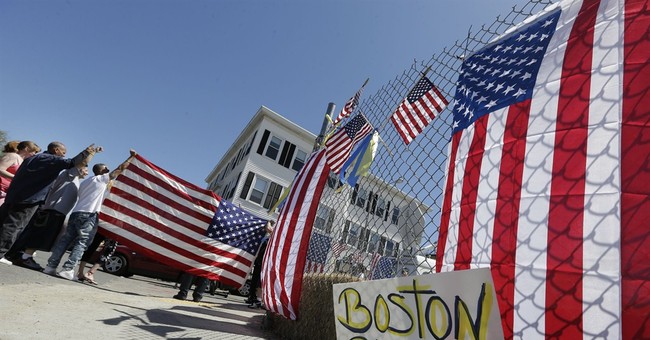 Trending
Last week, I cited my 92-year-old mother's wisdom from her autobiography, "Acts of Kindness: My Story." I highlighted her book's advice for how to help my fellow Americans:

--How we reawakened the American dream and spirit.

--Don't be surprised by hardship.

--Get back to the basics.

With Mother's Day right at our backs, here's the rest of my mom's insight, directly quoted from her life story:

"Be humble and willing to work.

"Back in the 1930s, any work was good work. We picked cotton, picked up cans, scrap metal, whatever it took to get by. The message from yesteryear is: Don't be too proud to do whatever it takes to meet the financial needs of your family.

"There's no shame in a hard day's work, whatever it may be. It seems today that people would go on unemployment before they would work in a field picking anything. That would not have been the case when I was growing up.

"When Herbert Hoover was president, we were having the worst of times. We were very excited about President Roosevelt, who did help us. But those of us with a strong work ethic received the government's help for just a short while ... only until we could get back on our feet. I wish people would do that today. Instead, they depend upon the government, and the government in turn enables them.

"Be rich in love.

"We didn't have much. In fact, we had nothing at all, compared with people today, but we had one another. We were poor, but rich in love. We've lost the value of family and friends today, and we've got to gain it back if we're ever to get back on track. If we lose all our stuff and still have one another and our health, what have we lost? We don't really own anything anyway. Everything is ultimately on loan to us. The Bible says, 'The earth is the Lord and all it contains.'

"Back during the Great Depression, we never quit helping others. Today, too many people are consumed with their own problems and only helping themselves. 'What's in it for me?' is the question most are asking. But back then, it was, 'What can I do to help you?'

"When times are tough, it is human nature to survive and not serve, but one of the secrets in life is that it's actually in serving that we survive and even thrive. It is good exercise for the heart to bend down and help another person up.

"Helping others often puts our own problems into proper perspective. Mama used to say, 'If you think you're having it rough, look over your shoulder at what others are going through.' I told the same to my children.

"I believe giving our life to benefit others is the key to experiencing life to its fullest. That is why Jesus also said, 'It is more blessed to give than to receive.' It couldn't get any clearer than that.

"Lean upon the Lord for help and strength.

"We didn't just have one another to lean on, but we had God, too. In God we trust was not merely stamped on our money but embedded in our hearts. We all attended church and belonged to a faith community. Church was the hub of society, the community core and rallying point. We thought and worked in community. The way we saw it was: If one of us was chained, none of us was free.

"It's sad to see how many today have abandoned faith and religion. We trust money more than God. And maybe that's a reason we're in this economic pickle. If greed has become our god, then maybe we'd be better off viewing the bad economy more like a re-alignment that helps us to shift our eyes from our greeds to our needs.

"The necessity of prayer reminds me of another story in which a rural farmer was paid a visit by one of his city relatives. Before dinner the farmer bowed his head and said grace. His sophisticated relative jeered, 'This is old-fashioned; nobody with an education prays at the table anymore.'

"The farmer admitted that the practice was old and even allowed that there were some on his farm who did not pray before their meals. Justified, the relative remarked, 'So enlightenment is finally reaching the farm. Who are these wise ones?'

"The farmer replied, 'My pigs.'

"Again, Jesus admonished us: 'Ask and it will be given to you, seek and you will find, knock and the door will be opened to you.'

"There was nothing easy during the Great Depression, but we endured and made it through, and we learned even more how to simplify, help one another and depend upon God. Children took on chores at an early age and by early teens were assisting in some ways with the provisions of the home. Yesteryears' kids often bore today's adult responsibilities. Back then, we grew up fast and often married young. In fact, by the time I was sixteen years old, five of the seven Scarberry children in our family were married, including me."

On Mother's Day weekend 2012, many of you probably watched my mom being interviewed by a friend of ours, former Arkansas Gov. Mike Huckabee, on his Fox News Channel show, "Huckabee." WorldNetDaily also reported on her television special.

If you didn't catch it, you still can view the interview on my official website, at http://chucknorris.com, the only place where you can order an autographed copy of her autobiography.