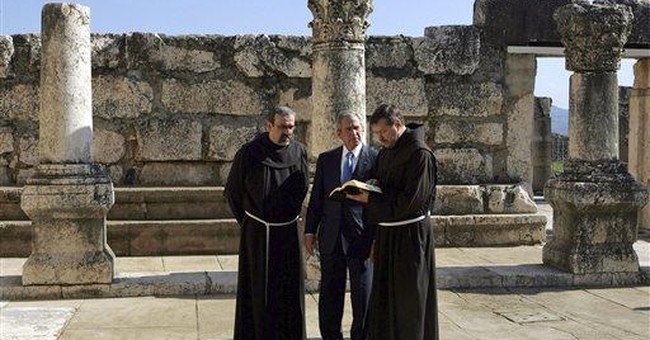 For the next 10 months, presidential candidates will be telling us how they plan to make the world a safer place for Americans. Now, that’s good, of course, but there are other people whose safety American Christians ought to be concerned about: that is, Christians suffering for their faith around the world.

Sadly, as you know, there are many examples of this suffering. A recent story in Al Jazeera’s English-language service described how Islamic radicals are “testing” Indonesia’s reputation for “for tolerance and moderation.”

Moderation? I wonder what the Christians of East Timor, an estimated 200,000 of whom died during Indonesia’s 25-year occupation, would say about that reputation. Needless to say, this example of Indonesian “moderation” goes unmentioned in the Al Jazeera article.

Instead, we are told about a Muslim group called the “Anti-Apostasy Alliance.” This group targets churches and Christians throughout the island of Java, Indonesia’s most-populous island.

As its name suggests, the greatest object of the Alliance’s ire are converts to Christianity. A spokesman told Al Jazeera that “Conversions to Christianity in Indonesia . . . have become increasingly serious.” He then added that “in my judgment I think it is a bigger evil than terrorism.”

Given the well-documented willingness of Islamic radicals to use violence to further their ends, calling anything a “bigger evil than terrorism” is no idle threat. It is the verbal equivalent of painting a “bull’s-eye” on the back of every Javanese Christian.

While Islam is the religion typically associated with the persecution of Christians, it does not have a monopoly on the practice.

In the week following Christmas, Hindu extremists burned 14 churches and killed one Christian in the Indian state of Orissa. The attacks are part of a larger campaign of violence prompted by Hindu fears over—that’s right—people converting to Christianity.

As I have told you all before, many of the converts come from India’s lowest castes, particularly the Dalits. Rather than allowing these poorest of the poor the consolation that Christianity offers, Hindu nationalists attack them, their churches, and target their clergy.

Worst of all, they often do so with the complicity of government officials: Orissa is governed by an ally of the Hindu nationalist BJP party. An archbishop told local television that the “government has allowed [the attackers] to continue.”

You probably will not hear this issue brought up at a presidential debate. That is why American Christians have to make the mistreatment of their brethren an issue in this year’s elections.

This is especially true given our privileged position: We are citizens of the most powerful nation on earth, a nation for whom freedom of religion is, arguably, the first freedom.

We also have experience at bringing the suffering of people in faraway places to the attention of our fellow Americans, whether it has been the plight of North Koreans, the Sudanese, or the global AIDS crisis.

God has put us in this privileged position so that we will speak out for those around the world who are being persecuted. So, pressure the candidates whom you encounter. They want to know what you think? Tell them.