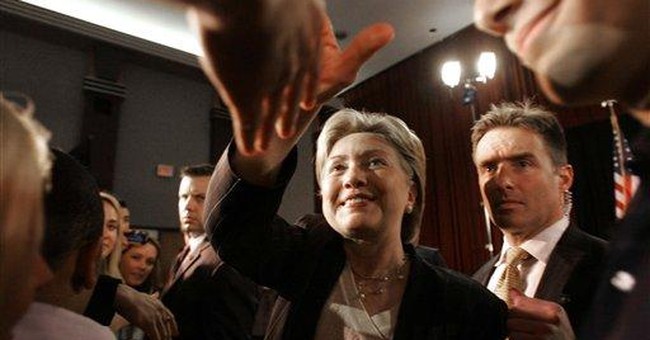 A young coed named Heather paid a visit to her campus health clinic. She told the doctor she was suffering from depression. The doctor explored possible causes, but Heather could not come up with any reasons for her sadness. Oh, wait—there is one thing, she remembered. Since Thanksgiving, she said, “I’ve had a ‘friend with benefits.’” That is, a male friend that she is not in a relationship with, but has casual sex with.

“I’m really unhappy about that,” Heather said. “It’s hard to be with him and then go home and be alone.”

Heather’s story is told in an explosive new book titled Unprotected. It’s a memoir of misery by Miriam Grossman, a college psychiatrist who says the exaggerated place of sexuality on college campuses “is grotesque and destructive.” But far from warning young women of the dangers of such a toxic lifestyle, colleges go out of their way to glorify promiscuity. At her own clinic, Grossman says, she routinely treats women who are suffering the consequences of casual hookups. They suffer from eating disorders, depression, self-mutilation, a multitude of STDs, and post-abortion syndrome.

And yet, instead of declaring war on the hook-up culture, Grossman says, political correctness decrees that campus doctors pretend the problems it causes don’t exist. If they do acknowledge them, they risk being fired—which is why Dr. Grossman originally published this book anonymously. After all, doctors are not supposed to be judgmental. But as Grossman points out, doctors pass judgment all the time when it comes to other health issues.

“We ask about childhood abuse, but not last week’s hookups,” she writes. “We want to know how many cigarettes she has each day, but not how many abortions are in her past. We consider the stress caused by parental expectations but neglect the anguish of herpes, the hazards of promiscuity, and the looming fertility issues for women who always put career first.”

When it comes to sexual harassment and date rape, campus health professionals are eager to help. But they don’t support groups for women who want to practice abstinence or who are suffering the after-effects of an abortion.

We ought to get angry about this. The secular world is engaging in something they often accuse Christians of—living in a “false reality.” But anyone who ignores a mountain of medical evidence is not only living in a false reality, they’re endangering people’s lives.

Dr. Grossman is doing something I often urge “BreakPoint” listeners and readers to do. When arguing in the public square, instead of pointing to Bible verses, she’s making a strong prudential case against promiscuity.

We need to do the same, especially if we have children or grandchildren attending college. The next time you get a fundraising letter from your alma mater, ask them what they’re doing to discourage hookups. Send them a copy of Dr. Grossman’s book. And give copies to your kids, your church youth groups, and the local high school.

Our daughters deserve better than to be treated after they’ve suffered permanent harm. And we ought to use Dr. Grossman’s book to challenge the campus orthodoxy that sexual promiscuity is not only not harmful, but is actually good for you. We should insist that they stop lying to our daughters—and tell the truth.