Are Images Making Us Illiterate? 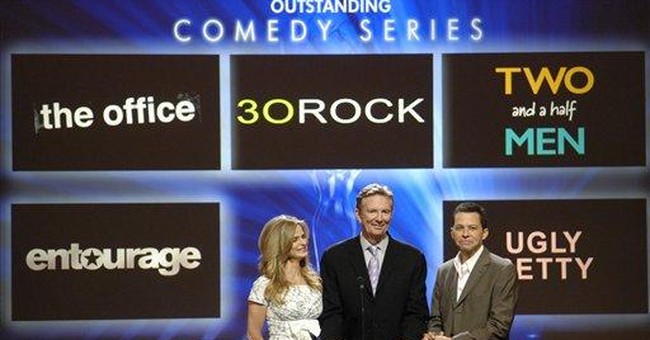 Are Americans gradually becoming illiterate? It’s not because we never learned to read, but because we’re relying more and more on images instead of words.

A debate about this recently broke out on The Point—BreakPoint’s blog site. One of the BreakPoint staff wrote about the frustrations of test-driving a new car: “There were many buttons and knobs with pictures on them instead of words,” she wrote. “What did they do? One of them had a picture with a big “X” painted over it, as if someone had made a mistake and crossed it out.”

Response from our blog readers was fierce.

“You’ve hit on one of my biggest pet peeves,” one blogger wrote. “I experienced the exact same thing with a rental [car] recently with the most perplexing image. [It] looked like a tire on fire. Why would anyone want to push that button?”

Another blogger noted that 300 years ago, “Businesses created signs [with] an image that would tell people what their business was, such as a shoe,” because most people were illiterate. Today, he says, “because we are relying more and more on images, we are becoming illiterate.”

It’s the same story with cell phones and TV remotes—which is probably why so many of us have difficulty using them. If you order furniture from Ikea, the assembly instructions include no words at all: Just a series of pictures of how to put furniture together. It’s like trying to read hieroglyphs. At McDonalds restaurants, illiteracy is assumed: the cash registers contain little pictures of burgers and fries. The reason, in part, is that more and more immigrants do not speak English.

This increasing reliance on images over words can lead, not only to colossal frustration, but to spiritual illiteracy. As the late Neil Postman wrote in his book, Amusing Ourselves to Death, the medium of communication actually helps shape the way people think. The printed word requires sustained attention, logical analysis, and an active imagination. But television and video games, with their fast-moving images, encourage a short attention span, disjointed thinking, and purely emotional responses.

Postman says he first discovered this connection when reading the Ten Commandments. He was struck by the words: “You shall not make for yourself a graven image.” He realized that the idea of a universal deity cannot be expressed in images but only in words. As Postman writes, “The God of the Jews was to exist in the Word and through the Word, an unprecedented conception requiring the highest order of abstract thinking.”

Today, missionaries in non-literate societies reduce the native language to writing and teach people to read by reading the Bible. But here in the West we are in danger of coming full circle: The visual media, and our increasing reliance on images in everyday life, may ultimately undermine literacy, transforming us back into an image-based culture.

If that happens, will biblical faith still flourish?

It’s something to think about when we’re tempted to gorge on television or video games—and a reason to fight back against our culture’s insistence that virtually everything can be reduced to an image. Give your family a good lesson: read a book together.