The Red Knot and You 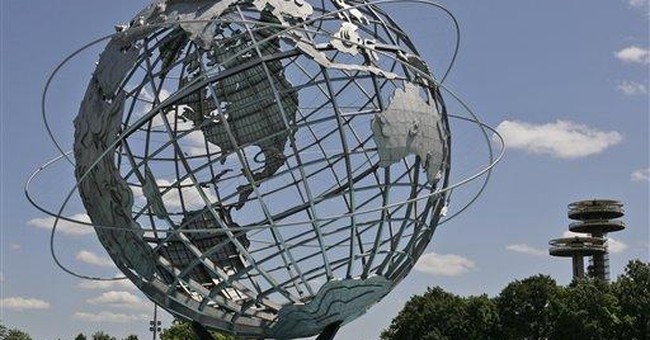 Recently, scientists warned that the red knot, a small shorebird, might join the Dodo on the list of birds driven to extinction by human activity.

The cause of the red knot’s plight is “over-harvesting of horseshoe crabs, whose eggs are its staple diet.” Horseshoe crabs are used as bait by conch fisherman in the Delaware Bay. Without the eggs, the bird lacks the energy to complete its 9,000-mile migration to its breeding grounds in the Canadian Arctic.

Despite a recent moratorium on harvesting crab eggs, the red knot population has dropped from more then 100,000 to barely 12,000 in the past 23 years. That puts the species close “to the level where it may not survive.” So, alarm bells are going off.

As with the red knot, many environmental issues involve the question of man’s relationship to the rest of creation. And rightly so, because man can affect and shape his environment in ways no other creature can.

This connection however, has led some environmentalists to regard humans as a kind of pest, and the relationship as a “zero sum game” in which only one side can benefit. People have to step aside to save the planet. This is the dirty little secret behind much of today’s activist “green” movement. And its roots go deep, as the Weekly Standard reported in a piece about the famous poet, Robinson Jeffers, who, in the 1920s, espoused a philosophy he called “inhumanism.” Its central tenet was that “mankind is neither central nor important in the universe.”

This anti-person attitude surfaces every now and again. A year ago, the recipient of the “Texas Distinguished Scientist” award was upfront about it, telling his audience that the deaths of 5.8 billion people are needed to keep Earth from turning into “fat, human biomass.” While he insisted that his remarks were hyperbole, he didn’t deny the underlying misanthropic worldview.

A “kinder, gentler,” yet equally wrong denial of man’s unique status can be seen in some environmentalists’ dealings with developing countries. They ask residents to accept a lower of standard of living than one we in the West take for granted, just for the sake of the environment. But why deprive people of their needs just to keep the planet pure?

Fortunately for both people and the environment, there’s an alternative: the Christian idea of man as steward. This idea begins with the affirmation that man is not “just another animal.” He is the apex of creation, created in the image of God.

Our uniqueness includes the awareness of when our actions needlessly harm other species and the ability to find less-destructive alternatives. Only humans could draw the connection between over-harvesting horseshoe crabs and the fate of a small shorebird.

More importantly, only humans would care. That’s why the Christian idea of man as a steward is a far superior basis for environmental awareness than the anti-humanism of people like Jeffers and his supporters today. After all, it’s silly to expect the “fat human biomass” to care about a bird it’s probably never seen.