The Booze Didn’t Make You Do It 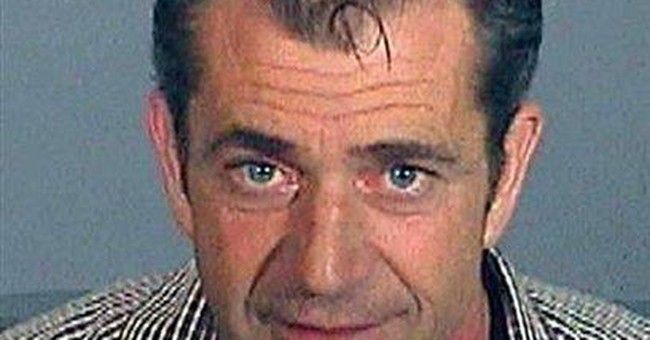 If you ever doubted the complete triumph of the therapeutic culture in America, look no further than this week’s news. Take NASA for example. How did it respond to the sad and bizarre story involving a love triangle and an astronaut charged with attempted murder? It wants to tighten psychological screening procedures for astronauts! Now, I find it hard to imagine more rigorous screenings than those already given to naval aviators and astronauts.

How about sin? It doesn’t take rocket science to figure out what happens when you crowd attractive men and women into a space capsule.

Or take the recent case of San Francisco Mayor Gavin Newsom. Following his election in 2003, Newsom was considered a rising political star. Times have changed: Now, he’s the butt of late-night comedians’ jokes, and his political future is, at best, uncertain.

A few weeks ago, Newsom confirmed reports that he was involved in an affair with his campaign manager’s wife. He claimed that he was "deeply sorry about that," but then announced that he was "seeking counseling for alcohol abuse." "Upon reflection" he told reporters, "I have come to the conclusion that I will be a better person without alcohol in my life."

Newsom is hardly alone in his approach to moral failure. If a politician or celebrity is caught up in a scandal, you can pretty much count on their entering rehab soon afterwards. (And these “rehab centers,” by the way, are like little Ritz-Carltons.) This is true even if the behavior that caused the scandal has little, if anything, to do with alcohol or drugs, as in Newsom’s case.

In all these instances, the message is the same: The booze made me do it. Even when some personal fault is acknowledged, the unstated assumption is that once the drinking or drug use is dealt with, everything will be okay.

This is a prime example of what sociologist Philip Rieff called "the triumph of the therapeutic." In his book by that name, Rieff described the emergence of what he called "psychological man."

"Psychological man," who was only possible because of Christianity’s declining cultural influence, is the product of a Freudian worldview. It isn’t interested in the good life, but “living well”—that is, with a minimum of emotional and psychological distress. Anything that causes this distress becomes the enemy, including a sense of responsibility and respect for authority.

But what happens when you do something bad, like having an affair with your friend’s wife? Or trying to kill a rival for your lover’s affections? Well, now, you don’t talk about sin because that has been dispensed with in our culture. So you look for an external cause of the behavior like alcohol or mental illness. You do not punish; you provide “treatment” that deals with these external causes.

Nonsense! What we need instead is to recover what therapy replaced: sin and individual responsibility, knowledge of right and wrong and the sense of shame that reinforces it. This might be decidedly politically incorrect, but it’s the only thing that will make “better persons” of us all.

Liberal Blogger Notices Something About Anti-Black Crime in America...And the Woke Will Not Like It
Townhall
Dana Loesch & others have awkward reminders for 'alternative newspaper' that took a swipe at her
Twitchy
Chief Justice John Roberts Once Again Shows He's a Spineless, Authoritarian Coward
Redstate
Trump Vindicated as Judge Rules Michigan Secretary of State Violated Election Laws
PJ Media