Two Market ‘Revelations’ That Could Impact Your Portfolio 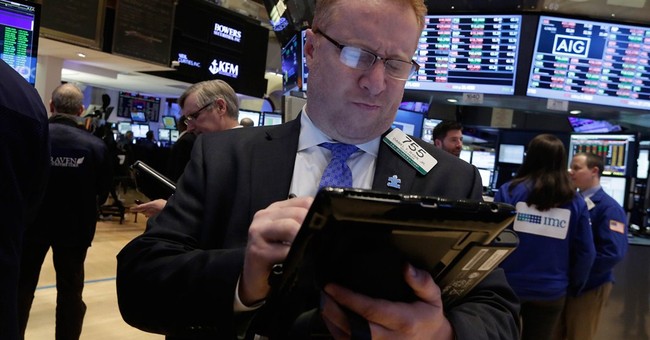 We entered last week with a punch list skewed toward corporate earnings and some economic data, but what we got during the week served as a reminder that the stock market still can offer some unexpected surprises. While earnings remained choppy in general as a result of the strong dollar and other 1Q 2015 factors I’ve mentioned previously, the Nasdaq Composite Index finally joined its sister indices in reaching a new level on the back of stronger-than-expected tech earnings from Microsoft (MSFT), Amazon.com (AMZN), Starbucks (SBUX) and others that surprised on the upside. But that was last week…

Also last week, the economic data we did get, featuring the various flash PMI reports from Markit Economics, the March Durable Orders Report and New Home Sales figures for March, all pointed to a continued slowing in the domestic economy, as well as in China and Japan. That data sure seems to support Caterpillar’s (CAT) updated 2.7% global growth forecast this year, barely unchanged from 2.6% last year. Even CSX’s (CSX) outlook for certain commodity volumes, like petroleum, calls for flattish performance in the coming quarters as domestic rig counts continue to fall.

To me, that was confirmation the Fed would be doing nothing with interest rates in the short term. This morning’s dismal 0.2% print for 1Q 2015 Gross Domestic Product (GDP) also serves to reinforce the notion the Fed will need to see a few months of data before deciding to raise rates or not. Again, it offers more confirmation that any potential rate hike could come toward the end of 2015 at the soonest.

Let’s remember, however, that heading into the current earnings season, expectations already reflected earnings contraction through the first half of 2015. As more companies have issued their quarterly results for the March quarter, we’ve started to see more and more misses either for the quarter or for forward guidance. So far, we’ve seen earnings misses from Twitter (TWTR), Wynn Resorts (WYNN), Kraft Foods (KRFT), Eaton Corp. (ETN), MasterCard (MA), Panera Bread (PNRA), Buffalo Wild Wings (BWLD) and many others.

As these reports have come rolling off the presses, the year-over-year earnings contraction now has extended to include the September 2015 quarter in some forecast models, leaving the only positive earnings comparison for the last quarter of 2015. Others have a modest rate of earnings growth in the September quarter. Read that as something around 1% year over year. That leaves the December quarter as the lone one for any real earnings growth.

Before I tackle that situation, let me note that ahead of more than 1,000 companies reporting earnings this week, earnings for the S&P 500 group of companies were expected to grow just 1.6% this year. Factor in all those buybacks that more than 300 of the S&P 500 companies are doing, and net income growth is probably less than 1%.

Now, back to fourth-quarter 2015 expectations, where I see what looks like such a dramatic change in direction (the vector of earnings growth) that I have to question the underlying assumptions. Based on the economic data we’ve seen during the last several weeks, one has to question the level of confidence in those forecasts. On the heels of seeing 2015 earnings expectations whittle away since February, I’d say the level of conviction in those fourth-quarter earnings forecasts is modest at best.

Time for a second revelation. If we tabulate the reported revenues for the S&P 500 group of companies thus far and factor in revenue expectations, we find revenues are expected to decline by 2% in 2015. Granted, much like the fourth-quarter forecast for earnings growth, the one for revenue growth also calls for a rebound. Exiting the week, we’ll soon have a much clearer picture of what S&P 500 earnings will look like, given that more than 160 S&P 500 companies are reporting their quarterly results. If the trend in S&P 500 revenues and earnings we’ve seen in the last two weeks continues and we view it against the backdrop of the S&P 500 trading at 17.6x 2015 earnings expectations that are barely growing, it looks like the index has capped upside ahead.

But that’s if you’re buying the market via some exchange-traded fund (ETF) like the SPDR S&P 500 ETF (SPY). I suspect, however, that you are looking for stocks that are positioned to outperform — rise higher and faster — than the S&P 500. That means looking for companies that are growing their revenues and earnings faster than the S&P 500 and are trading at a reasonable, if not favorable, risk-to-reward trade-off (more upside than downside, in other words).