Sitting at the Intersection of Opportunity and Pain Lies Battery Life 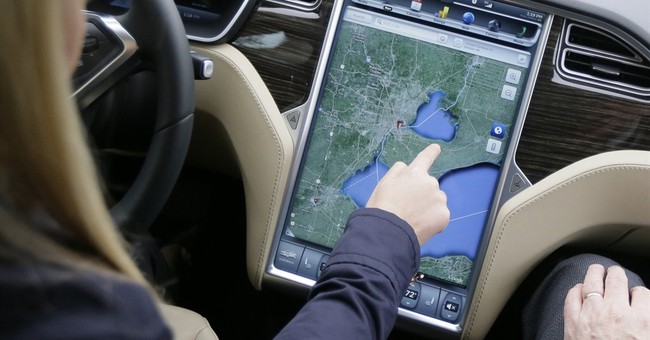 The Growth & Dividend Report know that we’ve been able to book some stellar gains during the last few years by looking at the world through PowerTrend eyes. At the heart of PowerTrend investing is keeping a close eye (and both ears) on developing disruptive technologies as well as looming pain points. Examples of pain points that have caught my eye include the aging of the population, the growing problem of obesity and the scarce resource that is water, which is once again making headlines given California’s drought conditions.

Those are just a few pain point examples. Examples of disruptive technologies include some you are no doubt familiar with — the Internet, mobility and social media. Others that are reaching their tipping point and are poised to go mainstream are mobile payments, assisted driving cars and a few others.

The only thing that gets me more excited than one PowerTrend is when two or more intersect. Here’s a great example that you’ve probably experienced firsthand — and if you’re like me, it’s a pain point, or at least more than an annoyance.

I’m talking about battery life. That’s right, this is the power source behind your mobile or smartphone, tablet and even some other electronic devices like iPods, Kindles and other e-readers. As these devices have become the digital Swiss army knives of our time, the batteries behind them can last less than a full day on average and far less if you’ve turned on all the features.

Did you know that one of the reasons behind the trend of larger devices is so the manufacturers, like Apple, Samsung and others, could put bigger batteries into the device chassis? Even with the newer models that have these newer batteries, you’ll notice that battery life hasn’t made many strides when it comes to lasting longer than a day. This compares with the leaps and bounds in storage and processing power the tech industry is used to thanks to semiconductor and other improvements.

Given the form factor, there is only so big of a battery that can be squeezed into these devices. Make no mistake, battery life and size are a key priority for the user (that’s you) experience, and device companies have reduced the footprint size of other components to ensure the battery gets as much device real estate as possible.

Now this brings us to the disruptive technology aspect of batteries and battery life.

While many are focused on Tesla Motors (TSLA) when it comes to battery improvements for its all-electric cars, others, like Google, are trying to crack the battery life code. The search giant joins Apple, International Business Machines (IBM) and dozens of other companies that are working on next-generation batteries. Much the way the computer industry has shifted toward solid-state hard drives that have no moving parts, emerging battery technologies are solid-state, thin-film batteries that transmit a current across a solid, rather than liquid, making them smaller and safer. Such batteries can be produced in thin, flexible layers, useful for small mobile devices. Like most new technologies, however, the question remains as to whether solid-state batteries can be produced cheaply enough and in sufficient quantities to bring them to market.

When Apple took the wraps off its new MacBook, there were a number of innovations announced, but the one that is germane to what we’re talking about today was the terraced battery cell, a unique design that adds 35% more battery capacity. Apple also altered the chemical composition of its battery, but a 35% improvement still only gets you a few more hours — hardly a revolutionary breakthrough in my view.

I’ll continue to look for up-and-coming battery technologies, as well as the companies behind them, just like I did with USA Technologies. Subscribers to The Growth & Dividend Report were alerted to this Apple Pay play in early March and are already up more than 20% as that mobile payment platform goes mainstream. To get my next Growth & Dividend Report recommendation, click here.

In case you missed it, I encourage you to read my e-letter column from last week about how you can teach yourself to be a better investor. I also invite you to comment in the space provided below my commentary.