How You Can Teach Yourself to Be a Better Investor 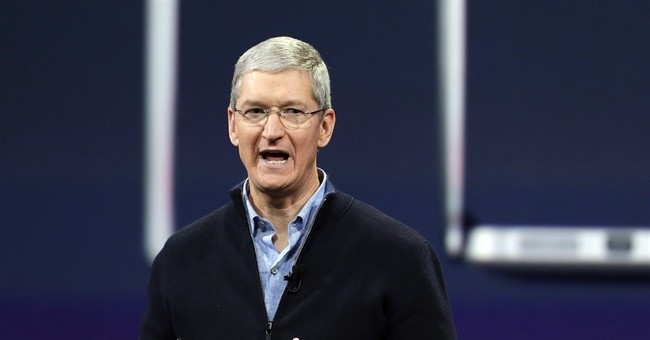 You’re probably an avid investor. Even if you aren’t, and you’re just trying to sharpen your skills, there are a number of ways to do so. Sure, you can read as many annual reports, corporate filings and press releases as you can carry, but there are other aspects that can help you become a better investor.

Learning from the past can prove valuable, be it from investments that have worked out big time or ones that have been harder to deal with than pulling a bandage off a cut. Fortunately, there are many investors and business leaders that have crossed many of the same dilemma bridges that you and I either have or will likely encounter during our time as investors.

One of the more well-known and widely read investors is Warren Buffett. The Oracle of Omaha’s annual Chairman’s Letter is one that professional and individual investors flock to each February. I even have copies of nearly all of these letters penned by Buffett, and from time to time I will break them out and re-read them.

Why? Because they are filled with many pearls of wisdom that can come in handy during the coming investing year. A few weeks ago, I recapped the latest one, and you can read that here if you missed it.

While Buffett is clearly a go-to figure, there are many others out there whose insights and experiences can be helpful to us, even if they are not investors… or at least not in the way most would define them.

One such person is Tim Cook, CEO of Apple. I’m pretty sure you’ve heard of him, as well as the company that he helms. Cook continues to build Apple as the company at the center of our increasingly digital lifestyle, leveraging the iPhone and iPad ecosystem to springboard new products such as Apple Pay, Apple Watch, Car Play, Research Kit, Home Kit and more. It means knowing when to act, what projects to fund and when to bring them to market. Cook’s decisions and, arguably, his decision-making process have been immensely profitable for Apple shareholders. Apple shares currently trade at near $125, up from a split-adjusted $54, and that doesn’t factor in the 11 dividend payments the company has made since August 2012. Viewed differently, under Cook, Apple became the first company to cross the $700 billion market capitalization level.

Cook was recently profiled in Fortune magazine, and when reading the article, a number of investing pearls of wisdom jumped out at me. Like many of his peers, Cook explained that he taught himself to “block out the noise.”

In today’s rapid-fire world of posts, tweets and the barrage of near-endless headlines across all of our connected devices, investors need to block out the noise and focus on the data that truly matters for a particular investment. It’s easy to fall victim to the noise, but savvy investors are the ones who can peer into the noise and discern a meaningful signal.

“I have to feel myself doing what’s right, Cook said. “If I’m the arbiter of that instead of letting the guy on TV be that or someone who doesn’t know me at all, then I think that’s a much better way to live.”

While broadcast news may have once viewed its purpose as informing the public, the reality is that the sound-bite nature of news today, complete with named disasters, makes for a poor information source, given its focus on attracting eyeballs and selling advertising. Turn the dial and you can hear conflicting reports or ones that beat the same story into the ground. You may pick up some usable data or better understand how to use a particular investment tool — for example, I love Jim Cramer’s “Off the Charts” on Mad Money – but you have to understand the companies you are investing in when managing your investment portfolio. That means double-checking the data and information source rather than relying on a talking head. As any great athlete or investor will tell you, follow-through is key to superior performance: “Take mistakes in stride.”

“When I informed Tim of the problem, his response was, ‘Let’s see what we can learn from it. We’re not going to bat a thousand.’”

As hard as you may work to understand the intricacies of a particular company, there will be times when the investment doesn’t work out. Investing is not a snapshot in time, but, rather, it occurs in a dynamic world that sometimes can change on a dime due to geopolitical events, a change in monetary policy or a correction in the market. My advice is to keep a trading notebook detailing your learnings. It should include the reasons why you bought a particular stock and the data you frequently monitored to ensure your thesis behind owning the shares remained intact. Note any flares that passed your investing bow and whether or not they raised your concerns. All the while, keep tabs on economic data, market valuations and similar data that will help you get a feel for the market. You can own a stock for all the right reasons but get crushed in a market pullback if you’re not careful.

“If you’re a short-term investor, obviously you’ve got the right to buy the stock and trade it the way you want,” Cook explained.” It’s your decision. But I want everybody to know that’s not how we run the company.”

The key takeaway here is taking ownership of the decision-making process. Too many times I’ve heard people complain that “so and so” told them to buy this or sell that. If that person told you jump off a bridge, would you do it? Probably not. If you want to run with the big investing dogs, then you have to own your mistakes just as you celebrate your wins. No excuses and no finger pointing — it’s your name on the account. You can get mad at yourself — I know I do when a trade doesn’t work out — but once you calm down, you should review your investment notebook and trace back to what you may have missed. That’s what I do, and it’s helped me avoid repeating mistakes big and small.

These and other musings offer words to ponder as we get ready to enter the earnings gauntlet for the March quarter. Many companies, including IBM (IBM), Intel (INTC), Honeywell (HON), Procter & Gamble (PG), Macy’s (M), The Gap (GPS) and others, have cited tougher business conditions year over year in 2015 due to the dollar’s strength, severe winter weather and the Pacific port closures.

My advice is to block out the noise and focus on the data that will be coming at us fast and furious in a few days. For more advice I’ll be sharing with my subscribers, click here.

In case you missed it, I encourage you to read my e-letter column from last week offering a ‘sneak peek’ into several of my subscribers-only portfolios.