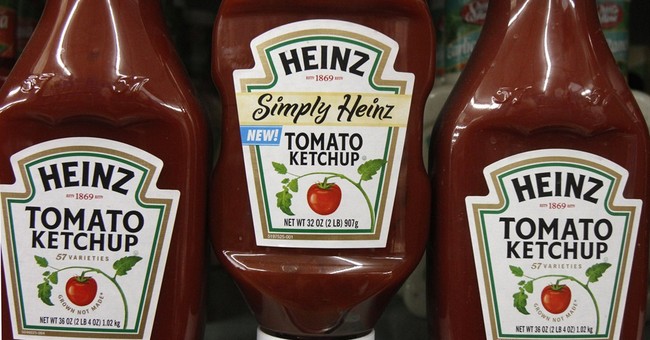 During the many years that I’ve been investing and analyzing industries to determine which stocks will be winners in the coming months and years, I’ve learned a number of things. One of them is to pay attention to the calendar.

It may sound pretty simple, but I would argue that many people tend to overlook the calendar as a source of catalysts that can either propel a stock or call option that you hold significantly higher or hit it as hard as Rocky Balboa pummeling a side of beef.

While we all enjoy a hefty pop in a stock that we own, arriving late to the party can cost you some profits if you’ve missed out on an event.

How do I make sure that my Growth & Dividend Report subscribers and I stay in the loop?

I have a calendar that tracks company events, as well as key economic events. I admit it can get pretty hectic at times, particularly during earnings season, when hundreds of companies report their quarterly results. But to stay on top of what’s going on, just like any good detective, you have to know when it’s all going down.

No doubt during the last several months, you’ve seen and heard firsthand about all of the excitement regarding Apple’s new products. How could you not? In the last six months, Apple held three events that took the wraps off its new iPhones, iPad, MacBook, Apple Watch and Research Kit.

Along the way, CEO Tim Cook commented on other initiatives, such as Apple Pay and Apple Car. Some perma-bears may grumble about Apple, but you can’t argue with its stock performance during the last few months.

But as much as the last few months have been about Apple, the next few months are going to be about Facebook (FB) and Google (GOOGL) before Apple takes center stage again in June.

Just last week, Facebook announced its entrance into mobile payments, but this week, March 25-26, the social media giant will hold F8 – its own developer conference, much like Apple’s World Wide Developer Conference (WWDC) that has become an annual showcase of what to expect.

Last year at F8, Facebook announced a number of tools, including new APIs for media organizations, AppLinks and a bunch of mobile tools. While this may not sound very user or consumer friendly, F8 is geared for the developer community that toils to bring new features and services to Facebook, as well as its other platforms that include Instagram and WhatsApp.

Looking at the posted schedule offers some insight into F8’s focus this year – WhatsApp, Oculus Rift, Instagram and Facebook Messenger. In a bid to make its services even stickier to its 500 million users, will Facebook go one step further and allow third-party integration of apps and games into Messenger?

If so, when combined with payments, Facebook could quickly become an ecommerce platform in its own right, and that would force Wall Street to revalue the shares once again. One way or another, expect Facebook to be the center of attention later this week and, just like last year, new initiatives are bound to move the shares higher.

That’s great news for Growth & Dividend Report subscribers who are already up more than 38% in FB shares. The same can be said for PowerTrader subscribers who earlier this week booked a greater-than-120% return on a Facebook call option I recommended to them just 24 trading days prior.

Several weeks later after Facebook’s event, but before Apple’s next WWDC event, Google will hold its own developer conference – Google I/O – in late May. With growing chatter about wearables, self-driving cars, mobile payments and web TV taking up technology headlines, this event will share what Google has been working on, and what it’s ready to let loose to its developers.

Last year Google laid the groundwork with Android Wear, its platform for smart watches and other wearables, and demonstrated Android Auto, its connected-car platform that will compete with Apple’s CarPlay, and its platform for tracking health and fitness information dubbed Google Fit. As an investor and a lover of technology, I’m anxious to learn about the progress Google and its developers have made during the last 12 months.

At a minimum, I see two good things coming from these developer conferences.

First, we’ll have a better sense about how real these industry shifts really are and if there is still more runway ahead before we reach the tipping points for mobile health, the connected car, the connected home and mobile payments.

Second, as great as Apple’s initiatives sound, we need to be able to compare and contrast its new products with others. Much like a presidential debate, Apple had its turn to speak, now Facebook and soon Google will respond.

If you want to receive my next stock pick that I’ll share with exclusively with my Growth & Dividend Report subscribers, click here to learn more.

These kinds of super-charged gains don’t happen every day, of course. But the next triple-digit percentage gain could be right around the corner… which is why I’m giving new subscribers one more chance to try out PowerOptions Trader for two months… and pay just $1. Click here to get started. And I do suggest you act now – because this $1 special offer closes March 26 at midnight.

Finally, I am inviting you on a cruise with Newt Gingrich, Mark Skousen and me, among others. Spend seven days aboard the six-star luxury liner, the Crystal Symphony, Sept. 13-20. We will travel from New York to Montreal with a roster of noted historical scholars, political pundits and renowned market experts who will share their insights and perspectives on the current environment in Washington and Wall Street. For further information, including how to sign up, call 800-435-4534 or visit www.PoliticsAndYourPortfolio.com.

In case you missed it, I encourage you to read my e-letter column from last week about the ripple effects from the decline in oil prices.