What Does the Apple Watch Mean to Apple 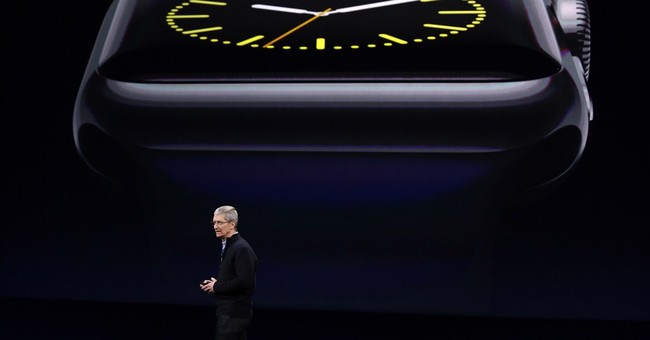 Like many growth-centric investors, earlier this week I watched Apple’s (AAPL) “Spring Forward” event looking for the latest and greatest new offering from Apple. There were plenty of surprises, including the new relationship between Apple and HBO, a refreshed MacBook, a price drop for Apple TV and some interesting developments on the medical research front. All of that paled in comparison to what many, myself included, really tuned in to hear about — the Apple Watch.

Apple has a history of shifting the landscape. Its iPod not only shook up, but shattered, the way consumers bought and listened to music. It quickly put many other MP3 players out of business. In fact, I would bet that you would have a hard time naming two or three other MP3 players. The same can be said for the iPhone, which buried the “must-have gadget” at the time — the Blackberry (BBRY) — and put a fork in both Palm, the company, and its shares. Was Apple the first smartphone company? Not by a long shot, but it did disrupt the field, and several models later, it is the smartphone to have. The same can be said with the iPad. Many companies attempted to bring such a computing product to market, but few succeeded until after the iPad.

Behind the scenes, Apple has changed the way we purchase content, be it music or video, and store our photos. That’s the rear-view-mirror perspective, but looking through the front windshield, the company is leading the charge to transform how we pay for things. When I was a boy, it was all cash, and that eventually gave way to checks. Before too long, there were charge cards, then credit cards and now debit cards. Each required a change in consumer behavior along the way, and this was usually fostered by the “younger generation.” Even today, my dad, who turns 83 later this month, is an all-cash man.

The change that Apple is spearheading is mobile payments, and, during the company’s presentation earlier this week, CEO Tim Cook rattled off a number of impressive statistics. After only a few months, Apple now has 2,500 card issue banks on board its Apple Pay offering, with the service being accepted at more than 700,000 locations and 40,000 vending machines. It’s no secret that many companies have benefitted from the “Apple halo” effect as it introduces new products and services, and Apple Pay is no exception. I recently recommended the latest company that is poised to benefit as Apple Pay’s deployment accelerates – click here for more.

Let’s get back to the main event at Apple’s presentation — the Apple Watch — and what it means for Apple. From a technology and fashion perspective, it is a thing of beauty, but without a killer app, it has me wondering who will plunk down $349-$17,000 to buy one. Granted, one of the upsell opportunities with Apple Watch is the install base of pre-iPhone 6 and 6 plus models that can’t utilize Apple Pay. But if you own an iPhone 6, what’s the upside to being an early adopter of a brand new product?

I don’t discount the notion that the early Apple adopter horde will scoop up the Apple Watch and that once again Apple will have “sorely underestimated demand” for the fashion-centric device.

Do I rule out fashionistas, male and female, looking to flaunt their wrists with the latest high-tech bauble? Not at all, but it will be interesting to see which model, and what accessories, they pick up. Again, with a price range from $349 to $17,000 and consumers holding onto their big gas savings, expectations could be a tad aggressive for a first-generation device. Even with a name like Versace, I’m more apt to go for the lower-end model.

One aspect of the Apple Watch to ponder is the upgrade cycle. Unlike the iPhone that seems to be tied to a two-year upgrade cycle — blame U.S. mobile carriers or the ever-increasing need for storage — many of Apple’s other products, such as notebooks, Apple TV, Macs and even the iPad, are not on such a quick replacement cycle.

Given the price point, particularly at the higher end, the Apple Watch itself is more prone to have a longer replacement cycle, one that is driven by more features being put into the device. Of course, much like changing iPhone cases, Apple will likely surprise on the upside with strap sales, given the ability to change them out. But a band in the range of $49-$449 is far different than an iPhone case that can be bought for $20-$40.

What this tells me is that, at least for the coming year, Apple’s revenue and profits will still be predominantly driven by the iPhone. This quarter will benefit from the timed and lagged rollout of the device across the globe, but with lead times now down to a handful of days, pretty much anyone who wants one can buy one. It raises the question: what good news is left to be had in Apple shares? The shares will likely get a boost once officially added to the Dow Jones Industrial Average. Cook has hinted at returning more capital to shareholders, and my growth and dividend bent would like that, but in terms of fresh catalysts, odds are all we will have would be more product refreshed until September.

That’s all good if you already own Apple shares, but if you’re just stepping up to the plate, you may want to think twice… maybe see exactly how strong demand for Apple Watch is past the first few weeks. If the market gets a little rocky or more in the near term, as I suspect it will, given market valuation vs. 2015 earnings growth, the stronger U.S. dollar and prospects for the current quarter being weaker than expected, Apple could be one to re-visit. But the outlook for my Apple Pay play looks white-hot.

In case you missed it, I encourage you to read my e-letter column from last week about Warren Buffett’s annual shareholder letter.

In case you missed it, I encourage you to read my e-letter column from last week about why the market may be peaking.