What If All the Good News is Priced into the Stock Market? 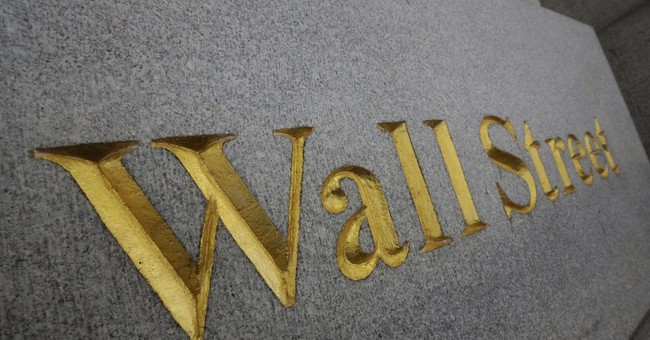 Since I spoke with you last week, there has been no shortage of positive news in the stock market.

Greece’s bailout extension has been approved, the Pacific port situation has been resolved and last week’s January Fed minutes suggested no immediate plans to raise rates. That rash of good news led the stock market to finish last Friday at 17.5x expected 2015 earnings, which are now expected to grow less than 3% year over year.

That certainly makes me go “Hmmmm.” Now, I think you’d agree with me when I say we all like it when the market climbs, along with our individual stocks. Who wouldn’t?

What we do need to be mindful of, however, is when things might change. Just like climbing up that steep hill on a roller coaster, we know at some point there will be a drop. It could be a small drop, better known in the investing lexicon as a “pullback,” or it could be a big one. Candidly, I don’t see a large drop on the horizon. There’s simply too much money — and by that I mean stimulus in one form or another — at work in the system. Even though the Fed has curbed its quantitative-easing (QE) efforts, interest rates remain extremely low and poised to remain so in the near term. The European Central Bank has pulled the trigger on its own QE salvo, and other countries around the world — Australia, Sweden, Singapore, Switzerland, Denmark, Canada, India, Turkey, Egypt, Romania, Peru, Albania, Uzbekistan and Pakistan — have all cut their interest rates during the past several months.

Granted, the lingering effects of the Pacific ports and the severe winter weather will take a toll on economic growth in the current quarter. As you can imagine, it is extremely difficult to break ground on a new home when the underlying plot of land is covered in snow, frozen like a rock or both if you happen to live in the Northeast. If you thought the worst was behind us, think again, as there is yet another storm set to dump snow from northern Texas to southern Virginia. That storm threatens to snarl commutes in cities including Dallas and Atlanta. Even though the Pacific port situation was resolved this past weekend, it still will have an impact. Macy’s (M), the omni-channel retail company that is Macy’s and Bloomingdale’s, shared that its inventory levels have been negatively impacted, particularly for apparel and accessories. Approximately 12% of its current-quarter merchandise receipts are being delayed, and this will have an impact on its sales, gross margins and expenses in the March quarter.

To me, that is all context for Fed Chair Janet Yellen’s comments yesterday when she shared the U.S. Central Bank “will at some point begin considering an increase in the target range for the federal funds rate on a meeting-by-meeting basis.” It would be very difficult for the Fed to raise rates on the back of slower gross domestic product (GDP) print. That tells me the Fed will likely hold off bumping interest rates up until at least the second half of 2015.

Here’s the problem. So far we haven’t seen any adjusted forecasts that bake in the severe winter weather and Pacific port impact. The last time the Conference Board updated its U.S. economic growth forecast that called for a GDP reading of 2.4% for the current quarter was Feb. 11. For context, the GDP print for the December quarter was 2.6%. Given the weather and port situation, it seems the Conference Board’s forecast will prove to be at least a tad optimistic. I suspect it will not be the only offender in the optimistic camp, but that’s what happens when people don’t listen to the data the way my subscribers and I do at the Growth & Dividend Report. In other words, I suspect we will soon be getting updated forecasts calling for slower growth this quarter.

Now let’s close the circle, shall we, and get back to my opening comment about the stretched valuation for the S&P 500 vs. its less-than-3% earnings growth this year. We know the stock market does not like unexpected change relative to what it is expecting, but that’s what it’s likely to get in the coming weeks as current-quarter GDP forecasts get updated. The only question is: how much of a change? With another storm about to hit and slow things down to a snarl, odds are high that change will be greater than it was a few weeks ago. To me, this situation sets the stage for a pullback in the coming weeks, and it’s one my Growth & Dividend Report subscribers are getting ready to use to our profit-making advantage.

We always must have our shopping list ready and be on the prowl for bargains, as well as growth and dividends. If you’re a trader, however, you can use a variety of securities to capitalize on a pullback if you can identity it BEFORE it happens.

While it’s true that fortune favors the prepared, options enable you to drive big returns in a relatively short period of time.

For example, in my PowerOptions Trader service, I recently recommended subscribers add a call option play on American Express (AXP) shares. We capitalized on the shares getting hit, but I recognized the deep value and growth prospects in that dividend payer… and also how its closed systems and focus on security separate it from other payment processors.

In barely more than a week, I told my subscribers to sell half of that position, booking a near-60% gain in the process. Meanwhile, the underlying AXP shares climbed a respectable 3%.

Now, I’m turning my gaze toward how to use options to profit from the eventual pullback I described above. That’s why NOW is a great time to give my options-only service a try. I think you’ll be very surprised with how easy it is to follow my system (and, of course, profit).

Act now to take advantage of my limited-time special offer: 2 months of PowerOptions Trader for just a buck. Click here to get started.

In case you missed it, I encourage you to read my e-letter column from last week about investing in cybersecurity and digital payments.