Use the Calendar and Catalysts to Your Trading Advantage 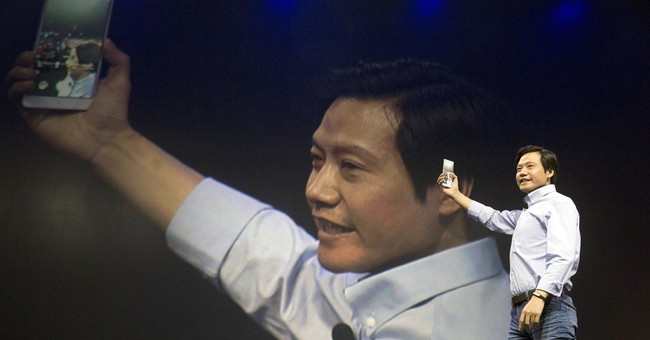 One of the biggest things that I look for when examining a new position, be it for my investment newsletter PowerTrend Profits or for The Thematic Growth Portfolio that I manage for Fabian Wealth Strategies, I’m always looking for catalysts. These are the events, meetings or product launches that can be real tipping points for a company and its shares. In fact, laying out a calendar of what’s ahead over the coming months and what kind of news is likely to emerge is one of the first things I do once an investment candidate passes my multi-layered screening process.

Let me share with you an example of one such catalyst that just passed.

Last week there was much discussion regarding on-again concerns about Greece, the dollar and monetary policy, but the Internet and the blogosphere have been simply humming with the “latest and greatest“ announcements coming out of the 2015 Consumer Electronic Show (CES). This show happens every year, and if you’ve never been before, to say it is an extravaganza would be an understatement. Against the backdrop of Las Vegas, corporate briefings and parties and the near-nonstop wave of press releases, it can be like drinking from the fire hose.

What you have to remember is despite all the glitz, at its core the show is a giant preview of what’s to come later this year – in some cases even further out.

Much like movie previews, some companies have some really cool things, others show all that they have and leave that empty feeling after, while yet others simply make you go “huh?”

From an investor’s perspective, it’s always good to see the direction in which consumer electronics and the key ingredients – semiconductors, displays, sensors and so on – are headed. Just remember not to fall into the hype of what’s being announced, particularly if it is being touted as the best thing since sliced bread from a company that most have never heard of.

Pulling the lens back a bit, for a conference that used to focus so much on the latest, greatest, thinnest and most powerful laptops and smartphones, there was far more talk about cars, the home, wearables, drones, speakers and more.

For example, Ford (F) CEO Mark Fields stated that he expects to see self-driving cars on our nation’s roads by the end of the decade. Adding some potential credence to this statement, Dieter Zetsche, the head of Mercedes-Benz cars and chairman of Daimler AG (DDAIY), focused most of his CES keynote address on unveiling a fully autonomous prototype vehicle.

Now, according to consulting firm McKinsey & Co., the average car already holds $350 or so in semiconductor content, with roughly $600 in a hybrid electric car and about $1,000 in a high-end luxury vehicle.

But let’s think more about this and the notion of the driverless car. In order for that to happen, a number of new systems need to be working inside the car or truck. It means innovations like tires embedded with microelectromechanical systems that monitor road traction and adjust braking, enhanced night vision and mapping, among other things. In other words, more sensors and more semiconductors will be making their way into cars.

Underneath the hood, it means there will be a spike in the amount of data sensed, processed and collected by these electronic brains on wheels. That will drive demand for companies like Freescale (FSL), Texas Instruments (TXN) and ARM Holdings (ARMH) during the coming years.

Connectivity, particularly mobile connectivity, is right up Qualcomm’s (QCOM) alley, and I see the soon-to-be-closed acquisition of Bluetooth company CSR (CSRE) as bolstering Qualcomm’s long-term position in this arena. Near-term, Wall Street keeps upping its December quarter shipment expectations for Apple’s iPhone, which now stand at 69 million units – up double-digit percentages year over year! That’s great for Qualcomm’s chip and licensing business and great for QCOM shares as these other aspects of the Connected Home, Connected Car and the Internet of Things begin to take off.

Probably the best example I can share with you was the holiday shopping season. Historically, this has been a very important time for retailers, as consumers part with dollars to get gifts for family, friends and loved ones. We’ve also witnessed the increasing shift toward online shopping, which means more credit card transactions for companies like Visa (V) and deliveries from United Parcel Services (UPS), among others. Recognizing these two things and lining up the year-end holidays meant trading call options in both Visa and United Parcel Service with a January expiration date.

Because that date allowed for not only the initial shopping, but also captured both the returns and extra sales activity that tend to happen like wildfire after the holiday. Just because Macy’s (M) might be having a huge after-Christmas sale, it doesn’t mean Visa or United Parcel Service are making less on the transaction or the delivery.

I made those very recommendations to subscribers of my PowerOptions Trader service in early August, well ahead of the catalyst dates, in order to get a low cost basis.

The logical question is: how did we do? Subscribers that took my recommendations to heart had the opportunity to score big with both recommendations. I say that because both were up more than 200% in less than three months!

Thanks for reading this week’s bulletin; I’d better get back to identifying upcoming catalysts that could pay off handsomely for my subscribers.

In case you missed it, I encourage you to read my e-letter column from last week about the flip side of the fall in oil prices. I also invite you to comment in the space provided below.

O Join me for the World MoneyShow in Orlando, Florida, Feb. 4-7 at the Gaylord Palm Resort & Convention Center. To register for free admission to the investment conference, click here or call 1-800-970-4355 and mention you are my subscriber. Use priority code 038046.

O I also invite you to attend the only event that gives retail traders hands-on access to the very same tools, technology and ideas as the best and brightest traders in the world — The Traders Expo New York!

More than 30 hours of firsthand mentoring from me, Chris Versace, and 70 other elite traders is just a slice of what’s happening February 28 – March 2, 2015. Here’s more of what’s in store: