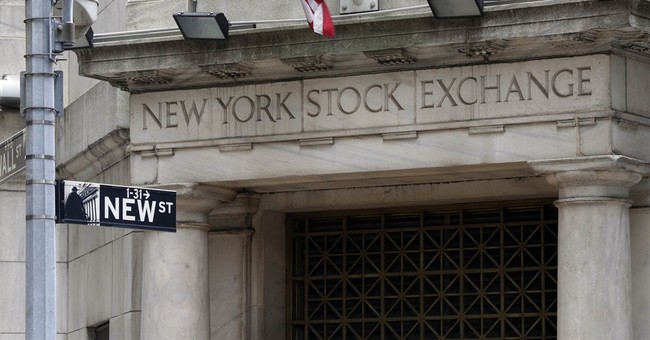 Last week, we closed the books on November, and it was clearly a winning month for stocks, with all three of the major indices putting in mid-single-digit percentage gains — quite the reversal from the September-to-mid-October sell-off! Despite being a compressed week, all three major stock market indices continued their climb higher and closed the first 11 months up 7.5% (Dow Jones Industrial Average) to 14.7% (S&P 500).

While you and I were noshing on turkey, stuffing and pie this past Thanksgiving Thursday, the global economy continued to turn, and in some respects it wasn’t all that pretty. China’s National Bureau of Statistics reported net income for the top companies slowed to 6.7% in the January-October period, compared with a 7.9% rise in the first nine months. Sifting into that report, we found that China’s industrial profit fell 2.1% year over year. It’s not just China, as we continue to get data weakness in the euro zone, and the recent bout of winter weather in the United States is already causing economists to tweak their 4Q 2014 expectations lower.

You’ve probably been enjoying the near-steady move lower in gas prices during the last several weeks. The good news is with OPEC refraining from production cuts following its Thursday meeting last week as it looks to “defend its market share against other producers,” oil continued its plunge with West Texas Intermediate down 10% to $66.15 per barrel last Friday. The move is likely to drive gas-at-the-pump prices even lower than we saw last week — $2.79 per gallon nationally, marking the lowest Thanksgiving holiday price since 2009 — with Lipow Oil Associates calling for the national average to drop to between $2.55 and $2.60 a gallon by Christmas.

The big question is whether or not consumers are “spending through” on those big gas savings or banking them.

According to research firm ShopperTrak, U.S. shoppers spent $9.1 billion at stores on Black Friday, a drop of 7% compared with the same day last year. But remember — a slew of stores were opening up on Thanksgiving, and it’s looking more like that pulled Black Friday sales downward — sales on Thanksgiving jumped 24% to $3.2 billion, and putting the data together shows overall sales for the two days likely slipped 0.5% to $12.29 billion.

That figure excludes online transactions, but over the weekend, IBM reported online sales for Black Friday climbed 9.5% over the same day last year. Even leading up to Thanksgiving, online sales have been taking share from brick-and-mortar spending, according to data from ComScore. The company, a leader in measuring the digital world, reported holiday season retail e-commerce spending for the first 23 days of the November-December 2014 holiday season rose to $17.5 billion, up 11% versus the corresponding days last year. Over the weekend, ComScore shared its Thanksgiving and Black Friday findings, and it more than confirmed IBM’s take. Per ComScore, Thanksgiving Day saw a 32% gain to $1.01 billion in online spending to surpass the billion-dollar threshold for the first time in its history and to mark the first day of the 2014 season to reach that level. Black Friday (Nov. 28) followed with an even stronger spending day, with $1.51 billion in desktop online sales, up 26% from Black Friday 2013.

That data bodes very well for my subscribers that heeded my recommendation to buy what I call my online shopping trifecta — Amazon.com (AMZN), Visa (V) and United Parcel Service (UPS). While each of those shares has climbed nicely during the last several weeks, the real money to be made was in trading the respective call options. Subscribers to my PowerOptions Trader service had the opportunity to book gains of 228% on the recommended Visa calls, 248% on the respective United Parcel Service calls and we’re still holding Amazon.com calls. Thus far we’ve booked another triple-digit percentage win in one of the two recommended AMZN calls I shared with PowerOptions Trader subscribers, and with data like that from IBM and ComScore, it looks like more are on the way. If you’re new to trading options or not, combining my proprietary PowerTrend investing framework with options has resulted in ringing the register on 10 triple-digit percentage trades during the last two months. Of course, I only share them with my subscribers. To get on board, click here.

In case you missed it, I encourage you to read my e-letter column from last week about the investing opportunity provided by chilly winter weather.