How Weekend Reading Can Expand Your Investment Opportunities 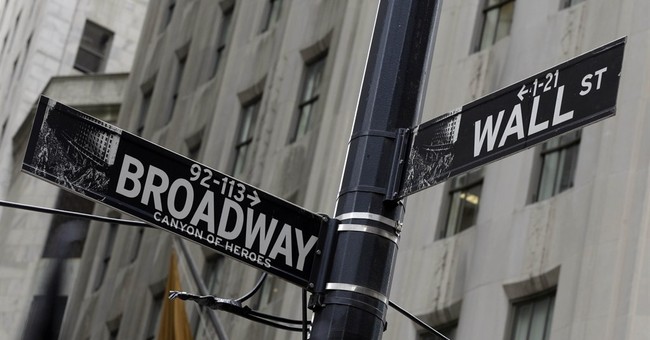 Subscribers to my investment newsletter PowerTrend Profits have been familiarized with my eight Great PowerTrends, which are at the intersection of economics, demographics, psychographics and more to help ferret out market-beating stocks. Currently, my subscribers are up in 16 of 19 positions, with 10 holdings up by double-digit percentages.

With success like that, you can bet that I am an avid reader of studies, reports, surveys, financial statements, filings with the Securities and Exchange Commission, management presentations to investors and pretty much anything else I can find. During quarterly earnings season, where more than 150 S&P 500 companies issue their results during certain weeks, I tend to use the weekends to catch up on my reading.

My subscribers know I am always on the prowl for new stocks to examine. With 2,000 stocks in the Russell 2000 Index, there always is another one to research. There are times when my reading turns over some interesting, but confirming, data points that reinforce a position I’ve recommended to my subscribers or cement one of my PowerTrends.

Let me share an example of what I am talking about.

During the weekend, Time.com ran a story on how car companies are using larger crash test dummies because we, as a people, are getting heavier. More than one-third of Americans now are obese. According to crash test dummy manufacturer Humanetics, obese passengers are 78% more likely to die in a car crash than passengers of average weight. That reality has prompted Humanetics to develop bigger dummies, with one model weighing more than 270 lbs. to better measure belt and airbag loads during crashes. With diabetes expected to grow to one in three Americans in the coming decade from about one in 10 today, and the obesity rate forecasted to rise as well, it’s looking like Humanetics will be producing more and more of these larger-size crash test dummies.

If I didn’t know better, I would swear Humanetics’ CEO Christopher O’Connor has been reading about my PowerTrends because, in addition to offering a larger-size crash test dummy, which fits with my Fattening of the Population view, Humanetics also is developing a dummy that represents older passengers. That model will be in sync with my Aging of the Population perspective, which examines the increasing life spans of people around the world and looks for investible pain points. According to consulting firm Deloitte, life expectancy is projected to increase from an estimated 72.6 years in 2012 to 73.7 years by 2017, bringing the number of people over age 65 to around 560 million worldwide, or more than 10% of the total global population. In Western Europe and Japan, the proportion will hit 20% and 27%, respectively.

The need to ensure savings and investments are large enough to match with longer lives; healthcare and dental demands are some of the key areas to look at for this aging cohort. But sometimes we have to think outside of the box. To me, that means looking at the automotive industry, which is going through its own transformation toward “assisted-driving” systems. Front-end and rear-end radar, mapping and navigation, semiconductors, software and more now are integrated into new car models from all of the major car manufacturers as they bring lane-departure warnings, automatic parking, autonomous emergency braking and pedestrian detection into use.

It’s no secret that our response time and reflexes deteriorate as we age. Combine with the increasingly mobile lifestyle we have and that means these auto features will be mainstream in the coming years. No wonder Exane BNP Paribas expects this market to grow to $25 billion by 2020 and $57 billion by 2025 — up from $6 billion today.

What companies are poised to profit? Be sure to ask subscribers to my PowerTrend Profits newsletter.

In case you missed it, I encourage you to read my e-letter column from last week about an early take on 2015 and the S&P 500.