How the Ebola Virus’ Ripple Effects Could Impact Consumers Like You 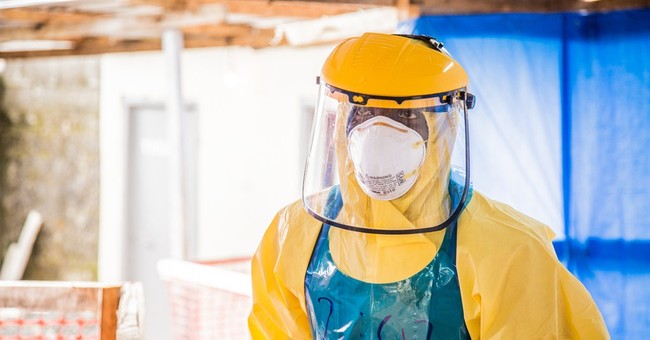 As the stock market skids lower this week after several speed bumps have emerged in the global economy, there is one that could be more than a bump. Not to be a fear-monger, but the Ebola virus, a severe, often-fatal illness in humans, has spread like wildfire in Guinea, Sierra Leone and Liberia. According to the World Health Organization (WHO), the Ebola virus is killing 70% of the people who contract the disease.

So far there have only been a few reported cases inside the United States, but there is great concern – read that as fear – the disease could spread further, not just in the United States, but in other countries as well. As reported in October 2014, the WHO believes there could be up to 10,000 new Ebola cases per week in alone in Guinea, Liberia and Sierra Leone by the end of this year as the outbreak spreads.

A recent World Bank study estimated that if the epidemic is not contained quickly, by the end of 2015 it could cost Liberia 12% of its gross domestic product (GDP) and Sierra Leone 8.9% of its GDP. The World Bank goes on to estimate that if the outbreak spreads more widely to neighboring countries with larger populations and economies, then the two-year financial cost could reach $32.6 billion. We’d note that during October 2014, when the urgency was high and fear was climbing, there were no licensed Ebola vaccines, but two potential candidates were undergoing evaluation.

While certainly not a fad, the question to ponder at the moment is: what are the implications and economic effects of the Ebola virus?

Two companies that have received a ton of attention following the Ebola outbreak are Lakeland Industries (LAKE) and Alpha Pro Tech (APT) because of their disposable protective clothing and chemical protective suits, as well as infection control products that include facemasks and eye shields. Should the virus go from outbreak to epidemic, those two companies could see pronounced demand for their products. Airline stocks, like Delta Air Lines (DAL), United Continental (UAL), American Airlines (AAL) and others could see their revenues come under pressure if Ebola-concerned companies and consumers shun air travel — even though oil prices are retreating, given the current excess supply of oil.

Those are two examples, but there is another that will have a far greater impact on the everyday consumer. Simply put, Ebola is threatening the world’s supply of chocolate.

Even though, as of this writing, the Ivory Coast has yet to experience a single Ebola outbreak, the African country has shut its borders to neighboring Guinea and Liberia. At a minimum, that reduced the available workforce needed to process the 1.6 million metric tons of cacao beans per year – roughly 33% of the world’s total – supplied by the Ivory Coast, according to data from the United Nations Food and Agriculture Organization. That impact to global supply sent cocoa prices substantially higher, and, should the Ebola virus be found in the Ivory Coast, cocoa prices could move considerably higher.

From the March 2013 low, cocoa prices have already shot up by 50%. That will hit any chocolate fanatic right in the sweet tooth and result in higher costs at chocolate and confection companies like The Hershey Company (HSY), Mondelez International (MDLZ), Tootsie Roll Industries (TR), Godiva, Mars, Switzerland-based Nestle SA (NSRGY) and even India-based Lotus Chocolate Company. Faced with substantially higher costs during the last few months that could climb even higher, if past patterns hold, these companies are likely to raise prices in order to preserve their profits. If we don’t see any wage growth in the near term, consumers may balk at higher chocolate prices this holiday season, even if gas prices continue to move lower.

In case you missed it, I encourage you to read my e-letter column from last week about early holiday sales projections.