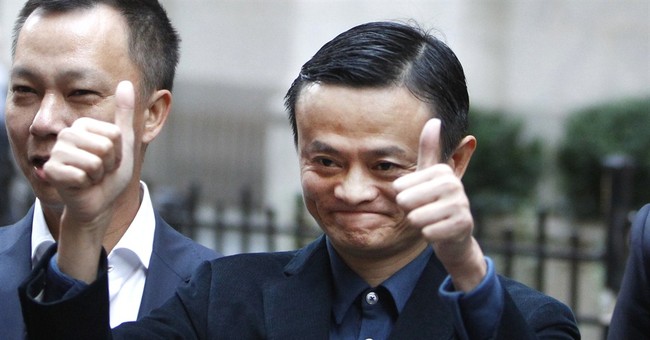 There’s been no shortage of commentary on the recent initial public offering (IPO) of Alibaba (BABA) shares. During the last week or so, I’ve fielded questions from a number of people, including students that attend the graduate finance classes I am teaching this semester at the New Jersey City University (NJCU) School of Business, as to my thoughts on the pricing of that offering.

There is no doubt the Alibaba IPO was a hot transaction – not only was it the largest-ever IPO, but the shares quickly catapulted up to close their first day of trading at $93.89, a 38% gain from the company’s offer price of $68 per share. If you were an investor that received stock on the IPO transaction and cashed out during that first day of trading, you would have booked a quick and significant profit.

The vast majority of investors did not have such luck, and that raises the question as to whether or not Alibaba shares are a good buy even after their more-than-7% pullback during the last few days.

After seeing the stock surge more than 36% in its debut, Alibaba shares have a rather rich, if not simply lofty, set of valuation metrics. For example, BABA shares have a forward price-to-earnings ratio of more than 39x and a price-to-book-value ratio that stands at more than 27x. As I always say, such data points are meaningless without some context. Currently, shares of Facebook (FB) are trading at 38x forward earnings estimates and 11x on a price-to-book basis, while Twitter (TWTR) shares are trading at 10.5x on a price-to-book-value basis.

Given the significant premium that BABA shares currently have, one would suspect it means there are significant growth opportunities ahead. Given the nature of Alibaba’s business – online shopping destinations in China – one would think that, but we have to consider whether or not it will be as robust as expected. Remember, even after Facebook’s IPO, the shares drifted to a low near $18 before rebounding over time as the company shored up its mobile strategy.

While many are focused on the recent weakness in purchasing managers’ indices when it comes to manufacturing in China, the Westpac-MNI China consumer sentiment index for 3Q 2014 came in at its lowest level since 4Q 2011. More specifically, the index reading for 3Q 2014 came in at 113.8, but below that headline figure was something more alarming – growing concerns around employment, where the survey fell for a fourth straight month during September, reaching its lowest level since February 2009. Data inside the report also pointed to a material decrease in consumer risk appetite as Chinese consumers have shifted more toward saving, as well as fewer Chinese consumers believing that a housing investment was the best wealth strategy. Sifting deeper into the HSBC Flash China Manufacturing Report for August, we have confirmation when it comes to employment concerns as the current employment pointed to a faster rate of declines.

In this case, the vector – or direction – of the Chinese consumer is not in the direction that paints a vibrant picture for consumer spending. Granted, like Amazon.com, Alibaba will likely benefit from online shopping share gains, particularly as more smartphones and tablets from Apple, Samsung, Huawei, ZTE, Lenovo and others find their way into the hands of Chinese consumers.

The question facing current and prospective Alibaba shareholders is whether or not we are going to a significant slowdown in overall consumer spending. If that’s the case, it could mean forecasts that were once likely to be conservative may no longer be so. That puts the risk-to-reward tradeoff far closer to neutral, if not in the more risky camp, when it comes to BABA shares. If it looks like the Chinese government will look to jumpstart the economy and put to rest employment concerns among the Chinese people, that could be the time to jump into BABA shares.

My preference is to invest in companies that have favorable tailwinds that reflect the intersection of the current economic, demographic, psychographic, technological and regulatory landscapes, but also those that are on the horizon. If you’re of the same mind, come join us.

In case you missed it, I encourage you to read my e-letter column from last week about why the growth of regulation means pain for you and American business.