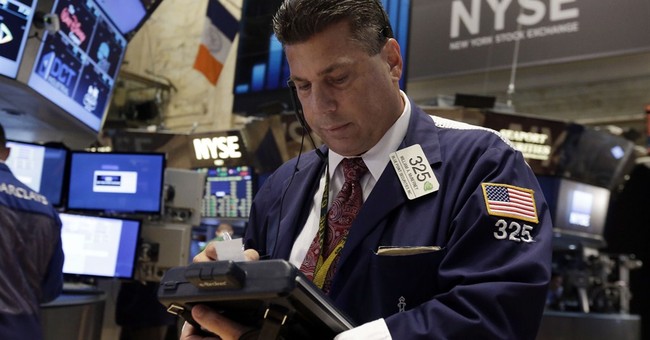 One of the easiest and simplest metrics that investors use to screen for, as well as value, stocks is the price-to-earnings ratio, better known as a stock’s price-to-earnings (P/E). Of course, on its face, a P/E is nothing more than a snapshot in time, but what if I told you it was far more complicated than that?

There are several P/Es that you need to keep in mind. Sure, there is the current P/E, which reflects a stock’s price divided by the current year’s expected earnings per share, but there are also trailing P/Es, as well as price-to-peak-earnings and price-to-trough earnings. Obtaining a stock’s price is fairly simple; after all, there is no shortage of online services — both free and paid — that share what I call the basic information about a stock. That data set includes the company’s name, ticker, share price, traded volume, average traded volume and so on. When I say basic, that’s the information that barely gets you started, and it can be found at Yahoo! Finance or even Google Finance. There is far more data to be found by culling through those and other resources, but I’m talking with you today about P/Es.

Using a simple P/E screen is one way to hunt for cheap stocks or identify overvalued ones, but what if I told you that if you weren’t careful, you could be making a big mistake when using the easy-to-calculate P/E ratio? Making this mistake could mean the difference between finding a truly inexpensive stock and misidentifying one that really isn’t.

Even before you get going on which of the several P/Es to use, you have to have a firm grasp on the earnings-per-share figure you are going to use and whether or not it represents the true growth rate of the company’s business.

You are probably saying to yourself, “What… did… he… just… say?”

Let me come at it from a different perspective.

During the last several quarters, many companies have taken advantage of the Fed’s intentional low-interest-rate environment to float corporate debt and buy back their shares. As they have shrunk their share count, and racked up debt in the process, it gives the illusion that their earnings per share are growing faster than the growth of the actual business.

What you have to remember is that when a company reports the “earnings” that it and Wall Street are talking about, it’s earnings per share, or EPS. Now that we’ve cleared that up, there are a few ways companies can improve their EPS comparisons on a year-on-year and quarter-over-quarter basis. After all, earnings per share equates to earnings, or net income, divided by the outstanding share count (with certain adjustments).

To deliver better-than-expected EPS, a company can grow its net income, which can either reflect a robust core business or something funky beneath the operating line, such as a lower-than-expected quarterly tax rate. The company can also shrink its outstanding share count via a share buyback program, or some combination of the two.

And that’s what corporate America has been busy doing with its excess cash — step by step — shrinking its outstanding share count while boosting debt levels.

According to data from Trim Tabs, stock buybacks soared to more than $670 billion in 2013 alone, with more than $230 billion announced so far in 2014. While that sounds like a steep fall-off, corporate America set a record during 1Q 2014 of $138.5 billion for the second-highest amount ever spent in any one quarter. It also shows a dramatic drop to $92.7 billion in the second quarter, which marks the lowest levels in seven quarters. During the first half of 2014, 15 S&P 500 companies, including Apple (AAPL), Intel (INTC), Caterpillar (CAT), Wells Fargo (WFC) and Qualcomm (QCOM), unveiled significant buyback plans.

But just because a company announces a buyback plan doesn’t necessarily mean it was actively buying back shares. In its most recent Buyback Quarterly, FactSet found that “dollar-value share repurchases amounted to $154.5 billion over the first quarter and $535.2 billion for the trailing twelve months.” Among the big buyback spenders, FactSet found Apple, IBM (IBM), FedEx (FDX), Boeing (BA), Abbott Laboratories (ABT), Corning (GLW) and eBay (EBAY). Other notables included Pfizer (PFE) and Home Depot (HD). Sifting through those respective quarterly earnings statements, we find those nine companies on average shrank their June-quarter outstanding share count by 6.5% year over year.

Now, let’s tie it all together, shall we?

Simple calculations show a 6.4% drop in a company’s share count year over year can deliver a 7% increase in its earnings per share, even if its net income is the exact same.

Following a record year of buybacks in 2013 and the second-best buyback quarter ever in 1Q 2014, it stands to reason the aggregate net income growth across the S&P 500 companies was far slower than the 8.4% earnings growth rate from FactSet or the 10% figure offered by S&P Capital IQ.

Remember, the stock market rewards true growth, not simulated growth, and that means giving a quick check to a company’s outstanding share count, as well as its reported EPS figures, the next time you look at its earnings press release or skim its 10Q filings.

The added benefit to this is you can recycle all of this work when using a price-to-earnings growth rate, or PEG, analysis, and it also helps you determine whether or not a company’s business is growing its operating earnings faster than the S&P 500. The stock market and Wall Street reward companies that are able to achieve this with premium valuations and punish those that tend to deliver little to no growth.

In the coming weeks, I’ll share my other valuation metrics that help uncover the investing gems and will help you avoid a potential pitfall.

In case you missed it, I encourage you to read my e-letter column from last week about how milk can make you a better investor.