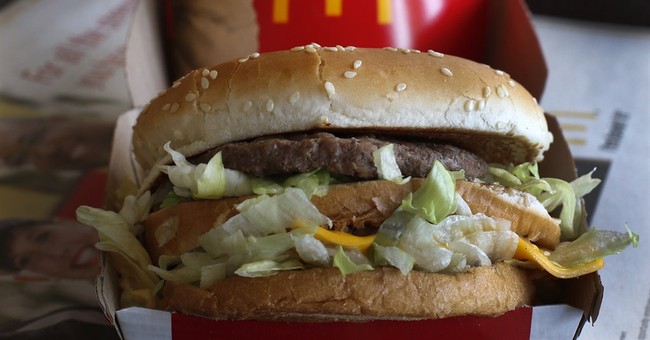 One of the biggest mistakes I see both institutional and individual investors make is to rely on either one data point or only one data source to make their investing decisions. One of the lessons I learned a long time ago is to look for confirming data points and to let the data “talk to you.” I have seen many, many times when people are looking for data that supports the outcome they want rather than listening to data for what is really happening.

One source of data is the U.S. federal government and its various departments, such as the Bureau of Labor Statistics and the Census Bureau. Another source is the Federal Reserve, which has its hands on the wheel when it comes to monetary policy. As any sandbox economist can tell you, monetary policy is one of the tools used to goose economic growth or cool it down a bit to temper inflation.

It would be nice to think those data sources were painting a complete picture, but they aren’t. In some cases, the data they furnish can be misleading. For example, despite the “official” statistic telling us there has been little inflation, we all know that food and gasoline prices have made significant moves. From beef and pork prices to coffee, cocoa and others, I know you are feeling the pain because I am feeling it, too.

That’s why I track other indicators, including commodity prices, Department of Agriculture supply-and-demand reports and several others, as well as a few informal indicators. Other signs also bear watching when it comes to inflation. One example is the Bacon Cheeseburger Inflation Index, which shows a very different picture. The average bacon cheeseburger costs 7.9% more now than it did at the same point in 2013. Lest you think the cheeseburger index is, well, full of it, a quick scan of Bureau of Labor Statistics (BLS) data confirms its findings. BLS data show bacon prices up 16.4% from a year ago, while ground beef is up 10.5% and American cheese prices are up nearly 10%.

With that year-over-year move in the Bacon Cheeseburger Inflation Index, was I surprised by the May Consumer Price Index (CPI) reading?

Nope, but in case you missed it, the CPI recorded its largest increase in more than a year in May as food prices posted their biggest rise since August 2011. Add in the seasonal move higher in gasoline prices and you and other consumers are going to feel the pinch of higher prices.

The bacon cheeseburger index is but one example of alternative economic measures. There are others for how fast the economy is growing, what the job creation picture really looks like and more.

The point is that data from the federal government is like any other data source. That means relying solely on government data leads to problems. That reality check doesn’t even include the vast number of revisions in how the data is collected and reported. Those revisions muddy comparisons with historical data. The government also spits out many data points and adjustments -- retail sales and retail sales ex-auto; CPI and core CPI (which excludes food and energy!), Producer Price Index (PPI) and core PPI (same missteps here); the unemployment rate, the U-6 rate and more permutations.

It is almost as if the federal government is giving you all of this to confuse you, or even to bamboozle you so you don’t have a clear picture as to what is really going on.

Luckily, subscribers to my investment newsletter PowerTrend Profits and I have a different perspective, one that looks at a wider range of data from a wider variety of sources. While you may think it blurs the picture, my subscribers and I would tell you my newsletter gives clarity.

In case you missed it, I encourage you to read my PowerTrend Brief article posted last week on Eagle Daily Investor about the three best investing trends for the second half of 2014.