Three Top Investing Trends for the Second Half of 2014 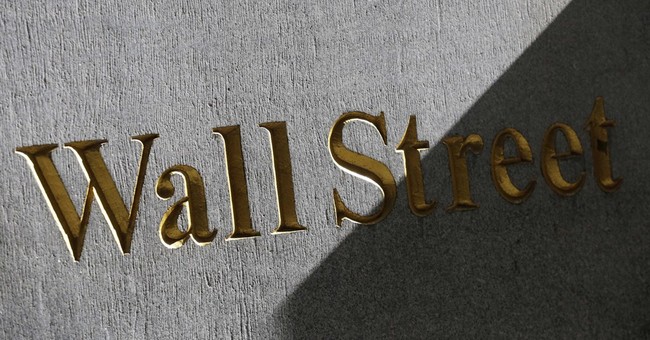 We are barreling toward the end of the June quarter, and that means we are nearing the halfway point for the calendar year. I know it’s hard to believe — after all, it feels like we have only recently thawed out from the winter weather and started to see signs that suggest a pick-up in the U.S. economy. Those signs include better manufacturing data, favorable housing data and, of course, a slew of new products, particularly coming out of the technology sector.

The Cash Strapped Consumer — One somewhat negative thing to note from the May ISM Manufacturing Report, as well as the May Markit Economics PMI report, was the upward move in input prices. I have discussed similar moves in food inputs and at-the-pump gas prices. AAA recently published its 2014 forecast, which is calling for national average prices in the range of $3.55 to $3.70 a gallon, up from $3.47 to $3.67 per gallon last year.

The latest reports from Markit and ISM indicate more widespread inflation could be on the way. That forecast means forthcoming Producer Price Index (PPI) and Consumer Price Index (CPI) reports bear watching to see if companies are starting to pass on these price increases or if they will attempt to muddle their way through with productivity improvements and other cost-savings initiatives. Chipotle (CMG), McDonald’s (MCD) and Sonic (SONC) already have announced price increases. More recently, Kraft Foods (KRFT) and J.M. Smucker (SJM) have upped their prices for coffee by 9-10% each — I suspect more companies than not will follow.

The “official” employment data from the Bureau of Labor Statistics showed 217,000 jobs were created in the month, down from 282,000 in April. Breaking that report down, we find few to no manufacturing jobs created in the month. Instead, growth occurred in lower-wage retail, leisure, hospitality and healthcare jobs. Unsurprisingly, we continue to see little to no gain in wages when we look at them on a real basis, which is adjusted for inflation.

To me the above data confirms The Cash Strapped Consumer will be with us well into the second half of 2014!

Always On, Always Connected — While many people think of smartphones, tablets and even social media and streaming services like those from Netflix (NFLX) as drivers for our increasingly connected society, there is another that will take us from Mobile 2.0 to Mobile 3.0 — the Internet of Things (IoT).

Recently, Apple (AAPL) announced its HomeKit software design kit that allows devices such as garage doors, door locks, lights, webcams and thermostats to be certified as “Made for iPhone/iPad/iPod.” Each device can be accessed through the Home Kit app, rather than juggling each manufacturer’s app separately.

We have heard a lot of talk about the IoT during the last few quarters, primarily from Cisco (CSCO) CEO John Chambers, but also from officials of other companies, including General Electric (GE) and Starbucks (SBUX). The difference now is we are starting to see IoT start to tip from an interesting and talked about concept to reality and revenue.

How big is this revenue opportunity expected to be in the next few years? A recent report from IDC forecasts the IoT will jump to a $7.1 trillion market in 2020, up from $1.9 trillion last year. I know it’s hard to hear that IoT was nearly a $2 billion market, but the market has been evolving before our eyes. Just consider certain home appliances, such as Nest thermostats and keyless entry from Lockitron, as well as EZPass and other Machine-to-Machine (M2M) communications. There were about 200 million M2M devices online by the end of 2013, including remote meter reading, toll paying and more.

IDC is not the only one with a bullish forecast for IoT: A new report from Ericsson (ERIC) predicts the number of net-connected devices will increase by 3x or 4x during the next five years. The report revealed that most of the 200 million M2M devices use older mobile networks — 2G and 2.5G — but by 2016, they will be using higher-speed 3G and 4G networks.

Safety & Security — If you thought the onslaught of cyber attacks was over and done with, then I am sorry to inform you that could not be further from the truth. In the month of May alone, more than 50 major cyber attacks took place! Some of the more high-profile attacks included Monsanto (MON), The Wall Street Journal (NWSA), eBay (EBAY) and Spotify, as well as a number of state and federal government institutions. The latter include the Arizona Department of Homeland Security, the Montana Department of Public Health and Human Services and the University of California, Irvine. Keep in mind, those attacks were just in the month of May! If we were to include the number of attacks that occurred from January to May of this year, it would tally more than 350! And those are the ones that have either been reported or discovered, which probably means there are many more that are unaccounted for.

As we head into the holiday shopping season that kicks off early in the fourth quarter, rest assured the frequency of these attacks will kick into high gear. Companies already are scrambling to beef up their defenses. With attacker strategies growing to include social media platforms, spending on cyber security is a growth industry for at least the next several quarters.

Each of those PowerTrends encompasses a number of potential companies for possible investment, but which ones offer the best upside with the lowest downside? That’s something I’m sharing with my subscribers. Find out by clicking here and joining us!

In case you missed it, I encourage you to read my PowerTrend Brief article from last week about how the right seasonal trade offers significant profit potential.